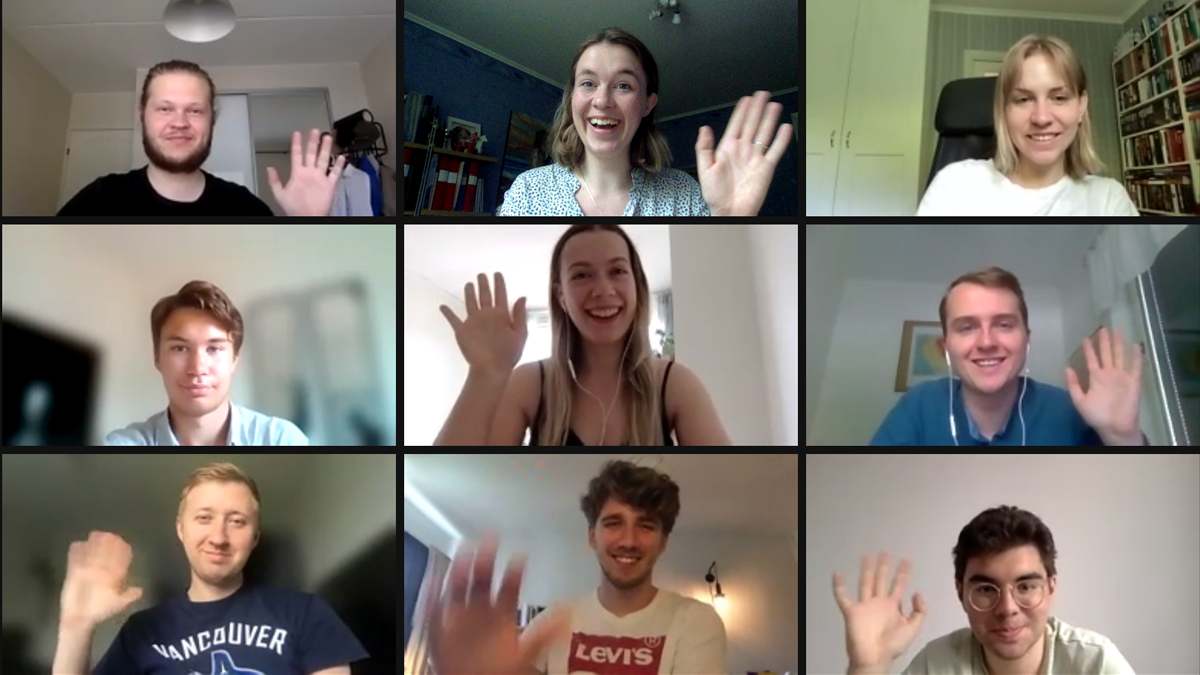 In June, 40 undergraduate students from CIVICA members took part in the first edition of the CIVICA European Week, organised by SSE.

In June, 40 undergraduate students from CIVICA members Sciences Po, Bocconi University, The London School of Economics (LSE) and the Stockholm School of Economics (SSE), together with Swedish high-school students, took part in the first edition of the CIVICA European Week. The four-day programme is a central element of the CIVICA Engage Track, and this very first edition was hosted by SSE. Several of the participating students have given their thoughts on how it was to cooperate with peers from other countries in the all-online event.

“Working with other CIVICA students was so much fun. Of course, it was challenging at times, and language barriers and cultural differences when working as a group were inevitable. However, that's also what contributed to making the experience so unique, charming, and educative”, says Emelie at SSE.

The European Week aimed to foster social engagement in bachelor students from all over Europe through a four-day immersive and engaging mix of lectures, tutorials and group work centring around the topic of practical household finance. It aimed to raise students’ understanding of the social challenge to promote financial literacy and manage one’s financial resources effectively. The students worked together with local companies and organisations that provided them with case studies.

“I loved the fact that we were working with people from very different academic backgrounds, nationalities, interests and experiences. We used very diverse and multicultural models from our respective countries. And I particularly liked producing and presenting something concrete in the end - some groups proposed very innovative ideas! It showed me that, even at this stage in our studies, we are already able to work and produce projects for large companies,” says Léa from Sciences Po.

Due to the current situation, the students were not able to meet in Stockholm in person and all the activities had to take place online. Instead of being an obstacle, the online format turned out to be a success. Beyond the academic work, the organizing team in Stockholm offered a range of social activities such as interactive breakfast and dinners, online mingles with various themes and more. The groups really had the chance to network and get to know each other.

“I was worried that only meeting virtually would be a problem, but I couldn’t be more wrong: we all participated in a proactive and resourceful way, which led to a really good group dynamic. And the different backgrounds of everyone really added to the group discussions,” says Bianca from Bocconi University.

Rasmus from SSE agrees. “Despite only spending time with each other on digital platforms, my group managed to get to know each other better than I could have hoped, and it felt enriching to be able to draw on the varied educational and cultural backgrounds in solving the case”, he says.

The past year has been challenging for Europe in many ways, and one of the purposes of the CIVICA European Week, besides the topic of interest, was for students from several European universities to come together and create something positive.

“Although Britain has just left the European Union, I have never felt more European after this experience. The week stands for everything that the European alliance is about: citizens of different European nations helping each other to help society. This approach to solving problems was incredibly impactful. I learnt the importance of cultural collaboration, innovation and openness to even begin tackling the serious questions in society”, says Ronit from LSE.