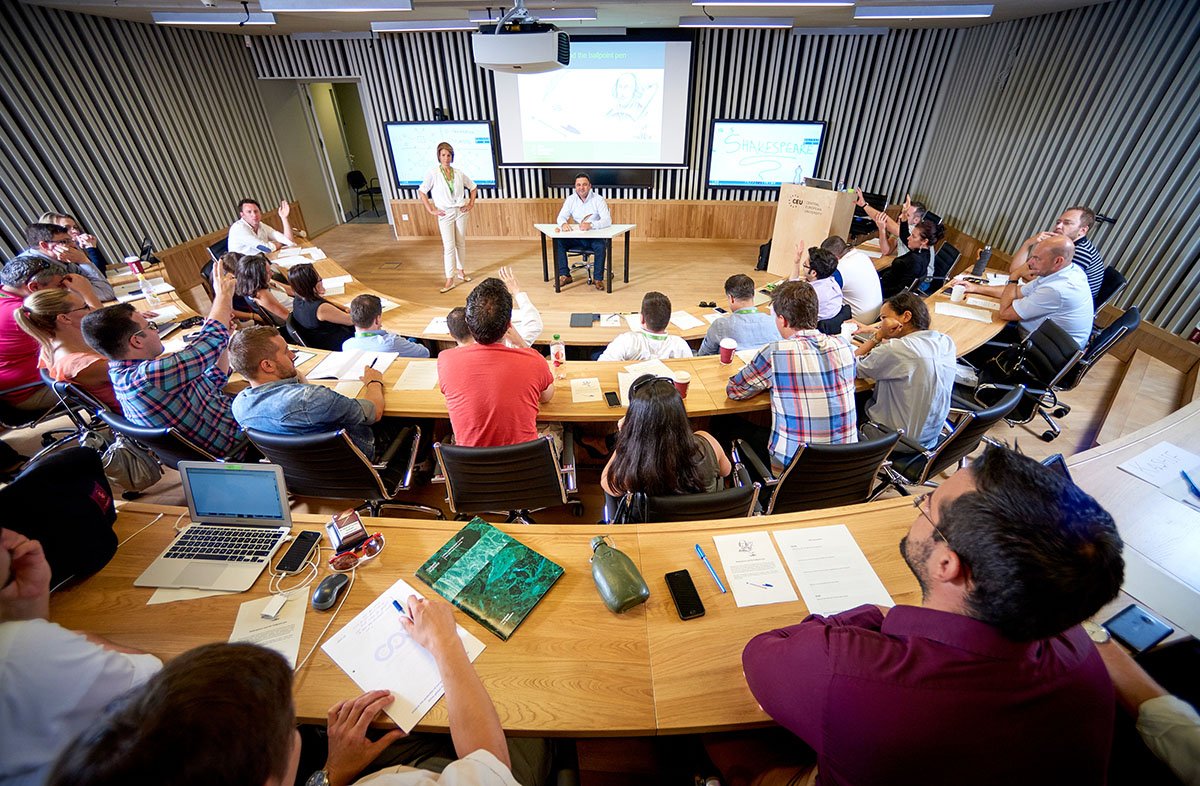 Spotlight on CIVICA’s focus area "Democracy in the 21st Century"

Associate Professor Matthijs Bogaards from CEU and fellow researchers shed light on CIVICA's focus area examining contemporary issues such as democratic backsliding, the reform of democracy, polarisation and the social embededdness of democracy.

Divided into four thematic groups, CIVICA’s Work Package 6 (WP6) focuses on joint research activities. With key topics for our time, the themes—Democracy in the 21st Century; Societies in Transition and Crises of Earth; Europe Revisited; and Data-Driven Technologies for the Social Sciences—will be implemented by a design team consisting of scholars from across the alliance.

In continuing our series illuminating each focus area, we spoke with Associate Professor Matthijs Bogaards of Central European University (CEU), who leads the Democracy in the 21st Century theme.

“Democracy in the 21st century is serious business. When I compare where we are now with the enthusiasm and optimism of the 1990s, around the time when CEU came to Budapest, things have changed a lot,” comments Bogaards. “This is reflected very much in the topics that the theme group has identified.”

The first main area looks at what Bogaards calls “democratic backsliding,” new democracies not staying the course. “Why are these new democracies not consolidating? Is it just a local problem, a regional problem or is it actually a global trend, and how can we explain this? Is it that countries are becoming less democratic or un-democratic? Are we talking about democratic erosion or breakdown?” Bogaards emphasised the importance of nuances in the inquiries of the group and how the specifics feed a current pessimism about the state and the prospects of democracy.

“We live in times that are very volatile and have been moving increasingly toward the right,” notes thematic group member Insa Koch, an Associate Professor at The London School of Economics (LSE) whose research areas include democratic disenchantment and attitudes of suspicion. “I think at this particular moment it becomes all the more important that universities and scholars come together as a consortium. Beyond the research links, it's an important political initiative at a time when so much in terms of Europe's future and its democracy has been called into question,” she says.

The second focus area for the thematic group is the reform of democracy. Bogaards elaborates: “At the same time that we are worried about democracy, there are also many exciting initiatives and positive developments, especially regarding novel ways to make decisions.” Bogaards attributes e-democracy, deliberative polls, participatory budgeting, a wider use of referenda and other forms of direct democracy as examples of democracy being reinvented at the local level. Regarding reform, Romain Lachat—Associate Professor at Sciences Po and theme group member—comments that among the university’s projects contributing to the theme, “The investigation of political participation and of new forms of political representation - such as the recent experiments in deliberative democracy, conducted in France and in several other European countries - constitutes a promising research direction.”

The third area the group will address is polarisation, which Bogaards characterises as “the new polarisation,” different from the camps that characterised the Cold War period. In this vein, he points specifically to how new lines have developed based on ideology and identity. “This is very visible in the United States, as anybody could see now with the US presidential elections, but even though the phenomenon seems to be worse in majoritarian political systems, it is also present in more consensual democracies. In exploring the new polarisation we can ask how it is linked to populism and how can we overcome polarisation and bridge those divides that have opened up.” This is one point where the different topics on the agenda of the Democracy in the 21st Century theme group clearly connect, he explains. “This is where democratic innovations such as deliberative mini-publics have to show that they can bring people together and can facilitate civilised exchanges between those who may have very different beliefs, attitudes, opinions, and backgrounds.”

The fourth and final area of emphasis is the social embeddedness of democracy, which addresses structures of inequality and their effect on democracy. Inequality is one of the main themes of this age and there is increasing concern that inequality limits political efficacy and weakens the foundations of democracy. With inequality deepening and widening, the group will investigate trends and explore potential interventions. “There is no scholarly consensus that populism is driven by what are sometimes called ‘the losers of globalisation,” claims Bogaards. “But that inequality fuels dissent, sometimes violent dissent, is now increasingly visible.”

One of the main goals of the thematic group is for researchers at the partner universities to get to know each other, to identify common research interests, and to build a basis for future collaboration. “Personally, I hope to contribute my expertise in the area of comparative political behaviour, and in particular how democratic governments can induce citizens to comply with political authorities, especially during times of crisis,” notes Christopher Anderson, Professor at LSE. “I also hope to coordinate a regular workshop on political behaviour and institutions together with colleagues in the CIVICA network,” he adds.

Koch also looks forward to working across disciplinary perspectives to address the theme of Democracy in the 21st Century. “As an anthropologist and someone who works on the microscopic level, I think it is always important to combine macro general questions with actual empirical details from people,” she says. “Unless we get to the bottom of people's actual lived experiences of the struggles they're facing, the challenges to their dreams and fears for the future, there's very little hope for us in terms of being able to reinvigorate faith in democracy from both an intellectual and political standpoint.”

To foster collaboration, the thematic group is currently developing a series of ”snowball seminars” in which scholars from the various CIVICA partner universities present together on a common theme. The group is also planning a conference for 2021 on the topic of Democracy in the 21st Century with graduate students and faculty from all partner universities. WP6 itself will soon launch a call for proposals to fund collaborative research projects with money from the partner universities.

Speaking to the timeliness of CIVICA’s work, Bogaards says that the appeal of CIVICA is “so obvious that it is hard to believe that we’re only doing this kind of collaboration now. At CEU we are particularly proud to be part of this network in the social sciences. I think it's really important to have this kind of institutional integration in education and research and it's great to be part of this important initiative through CEU.”

In line with the theme of Democracy in the 21st Century, CEU's newly launching Democracy Institute will host its first event on 16 November: a panel discussion reflecting on the 2020 United States Elections and how the outcomes might affect the evolution of democracy in the USA and worldwide.