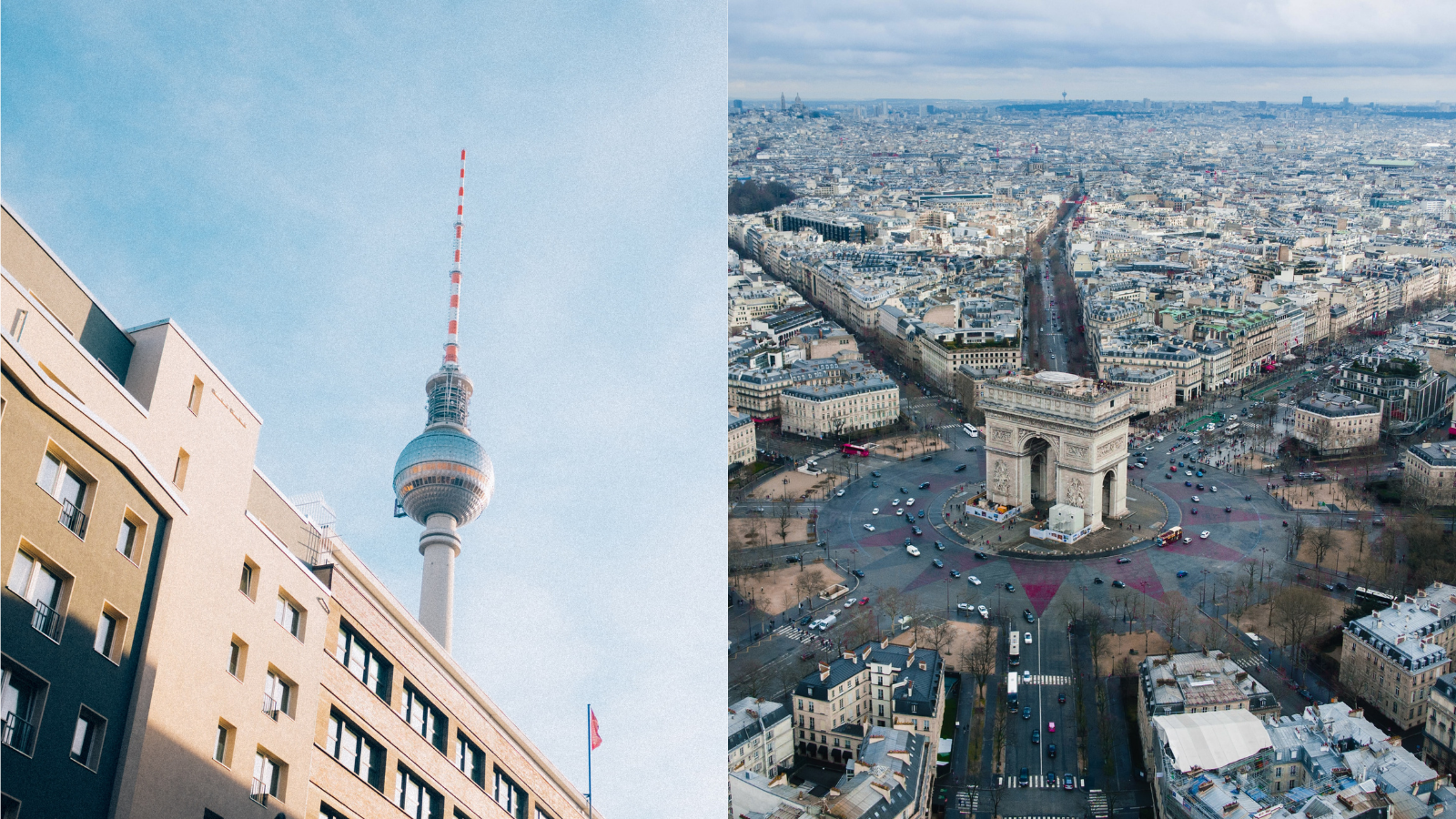 When the newly formed editorial board of the Hertie School’s student magazine The Governance Post came together in August last year, the publication’s vision and mission were at the forefront of their discussions – what are our goals, what are we trying to achieve in this Academic Year, what kind of projects are we going to pursue?

“We talked about reaching out to other publications and potential collaborations and also looked at the schools that are part of the CIVICA network,” says Cosima Klatte, a second-year MIA student at the Hertie School and current Editor-in-Chief of The Governance Post. “Ally Tucker, who joined our team as Outreach Strategist, contacted the Hertie School clubs and other student publications, including the Paris Globalist via social media to see if a collaboration was possible.”

Sciences Po’s Paris Globalist, which is also part of a larger network of student publications called the Global 21 network, focuses on op-eds and journalistic writings, mainly submitted by students and revolving around international affairs.

In the first joint meeting between the two publications, the editorial boards decided on a theme they wanted to highlight.

“Since the news cycle in 2020 was very much dominated by the pandemic, other stories and topics went unnoticed,” says Michiel Bartelds, a first-year master’s student at Sciences Po in International Security from the Netherlands and the Paris Globalist’s Editor-in-Chief.

“Our idea was to ask our writers if there was anything in their direct environment that deserved more attention,” he adds. “We put out a call for stories and received 16 pitches in total, which we were very happy with.”

Miroslava Kovacova, a second-year master’s student in International Public Management from the United States and Managing Editor at the Paris Globalist, says that after receiving the pitches, they set up another meeting to go through the story ideas together and divide the articles between the Hertie School and Sciences Po for editing.

“Sciences Po mostly took the pitches submitted by Hertie School candidates and vice versa, in order to establish a cross-flow and sharing of ideas,” she says. “Once the articles were published, we posted them on our platforms, referencing the collaboration, and linking to the other school’s website as well.”

The main idea behind the collaboration is to expand the publications’ respective networks, grow their readership and interact with different audiences.

“A lot of the writers were really excited about the prospect of having their work published in two publications, even though it was a bit more complicated to combine our editing processes and have final edits by both sides,” Cosima explains.

Establishing a collaboration with a partner school of the CIVICA network has been a bright spot in the work of The Governance Post over the last couple of months, she adds, especially in light of the COVID-19 pandemic.

“Since we only interact virtually anyway, even with our own classmates, it feels much more natural these days to reach out to people online and via video calls than before,” Cosima says. “It was very interesting to get to know new people, especially during the pandemic, where you’re not really able to travel; it’s nice to have that exchange with other students from abroad.”

“I think we all realized that we can basically work with any team anywhere in the world,” he says. “Even though it would have been possible as well before COVID, we maybe wouldn’t have thought of it as quickly.”

Another benefit of this new partnership is that it guarantees a continuous output.

“We aim to publish five stories every month, but if there are times where we don’t have so many articles or pitches coming in from our side, it’s great to be able to pull stories from the collaboration – in that sense, it’s also very practical,” he says.

Looking ahead, both teams at The Governance Post and the Paris Globalist say they could imagine expanding the collaboration to other CIVICA schools, but want to make sure their collaboration is successful and functioning well before reaching out to other publications in the CIVICA network.

“This is definitely something we could see ourselves doing in the future, to build on this partnership and reach out to others,” Miroslava says. “If we were to scale this up at a higher level, we might need a bigger board and more staff members dedicated to collaborations or outreach, and people who work more on the publishing side of the collaboration.”

Cosima adds that even working together with the Paris Globalist could be extended further and go beyond editing, publishing and cross-linking articles.

“We could also think about how to collaborate in other areas, such as editing workshops or talks about journalism, especially since all events are currently happening online anyway,” she says.

You can find the first batch of articles that were part of this collaboration here:

Photos in collage via Unsplash