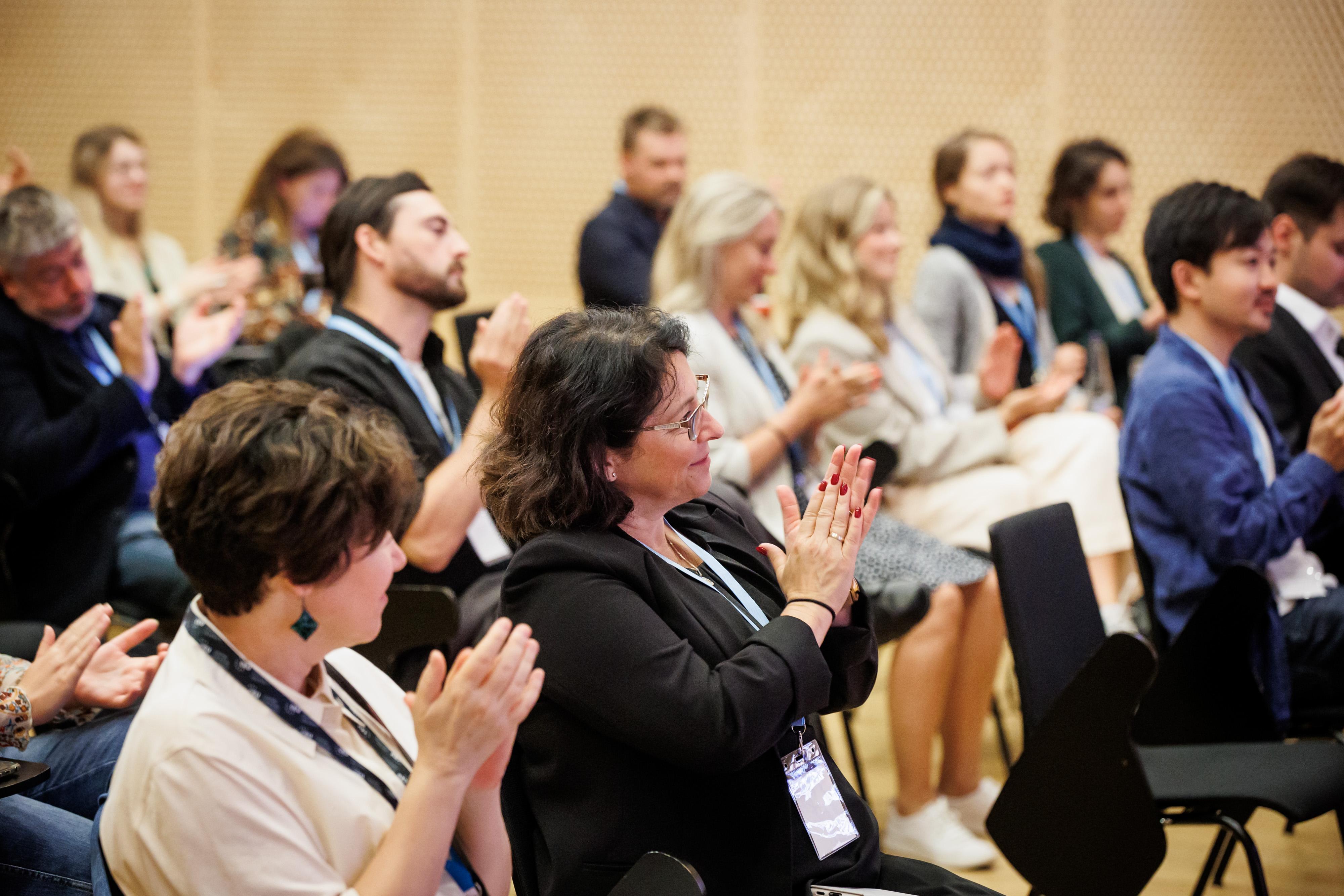 On September 1-2, the first CIVICA Research Conference took place at the Central European University’s campus in Budapest. The conference featured a wide range of topical themes including inequalities in digital public spaces, data analysis for social good, how to achieve sustainable development goals and migration and integration in Europe to mention but a few.

Over 100 participants (both on-site and online) attended the two-day conference last week. During his welcome speech CEU Pro-Rector and CIVICA Co-chair Carsten Schneider highlighted that the topics were carefully chosen to discuss contemporary research interests and to gather scholars and have them deliberate on subjects of imminent importance to contemporary societies. “The first years of CIVICA have mostly been spent in front of screens. But being able to meet, greet, chat, discuss, drink, and eat together will give CIVICA an important further push forward towards greater cooperation and integration,” said the Pro-Rector. “And apart from Covid and the war in Ukraine, other, equally challenging, and related problems need our attention, such as the attack on liberal democracy and open society, as well as all issues related to climate change. Going ahead with enthusiasm in building CIVICA is the right response to tackling the challenges of our times. CIVICA aims at doing so by pooling resources and creating synergies in research, teaching, and the cooperation among students, academics, and administrators” added the Pro-Rector.

With eight panel sessions and one plenary lecture, the event programme featured 30 panelists from across the alliance and beyond. On day two of the CIVICA Research conference, the final panel session was single track, entitled "Sensing Opinions and Inequalities from Digital Public Spaces.” The first two speakers, Jean-Philippe Cointet (Sciences Po) and Nicolo Cavalli (Bocconi University) spoke primarily about their work on detecting opinions from various social media sources; while Joanna Bryson’s (Hertie School, Centre for Digital Governance, CDG) address was mainly on data science used to test models concerning the relationship between inequality and polarisation. The final talks on the panel were by Seraphine Maerz (Goethe University Frankfurt) reviewing the evidence of increasing autocracy in Hungary based on political speech, and Charlotta Kronblad (SSE, who moderated the panel) describing a case study of bad local governance caused by misuse of data. Overall, the panel was an interesting overview of both the power and the threats of AI applied to digital data in policy contexts.

To mark the end of the conference, Carsten Schneider moderated a plenary lecture on “Misunderstanding global democratic backsliding” that was held by Thomas Carothers, Senior Vice-President for Studies at the Carnegie Endowment for International Peace.

During the two days of the CIVICA Research Conference, nine doctoral and post-doctoral researchers across the alliance were selected to present their research to the on-site audience of academics and CIVICA community members. Our team interviewed the final winners of the poster presentations.

The first winner of the poster presentation was Catherine Lefèvre, Max Weber Fellow at the European University Institute (EUI) with her 'From Détente to Debt - Creditors in the Eastern European Sovereign Debt Crisis' poster. She decided to attend the conference because after having joined the EUI she heard about CIVICA and its initiatives and how their events benefit PhD students and early career academics like herself.  It also offered a great opportunity for her to learn about the current state of vital issues covered by the conference’s programme and engage with researchers from other leading universities.

Her poster presented the research that she had carried out over the past six years regarding the UK government and UK banks’ political and economic relationships with Eastern European countries during the Cold War. It highlights how the UK, as a creditor country, contributed to the development of the Eastern European sovereign debt during the 1970s by prioritising its own political agenda despite evidence that this approach led to an unsustainable cycle of debt for Eastern European countries. For the poster, she decided to include snippets from the archival files that she used for her research, along with diagrams explaining the links between political and economic actors, to best illustrate her work. She also included a historical map of Europe from the Cold War era which serves as both an eye-catching illustration, but also a visual reference for anyone unfamiliar with the geography of the time.

The second prize went to Masahiro Suzuki from Central European University with his poster titled 'Mitigating climate crisis: evolution of the electricity sector in 1960-2020 and gap to achieve 1.5°C in G7 and EU.' His motivation for attending the conference was to practice communicating his research to a wider audience and look for potential post-doc opportunities. He based his poster on his PhD research which analyses the feasibility of accelerating energy transitions to mitigate climate change. Focusing on G7 and EU countries who presumably have the highest capacity for climate change mitigation, he and his co-authors argue that the speed of transitions actually slowed down in recent decades, especially after 1990, despite increasing climate interests. This means achieving an increase of only 1.5°C requires unprecedented and ground-breaking changes rather than incremental improvements (i.e., so-called ‘ratcheting-up mechanisms’) in accelerating transitions. Unfortunately, even in the most recent years, these countries did not make any meaningful progress. More on Masahiro’s research is available at the following link: Feasibility of decarbonising electricity in G7 by 2035 — POLET 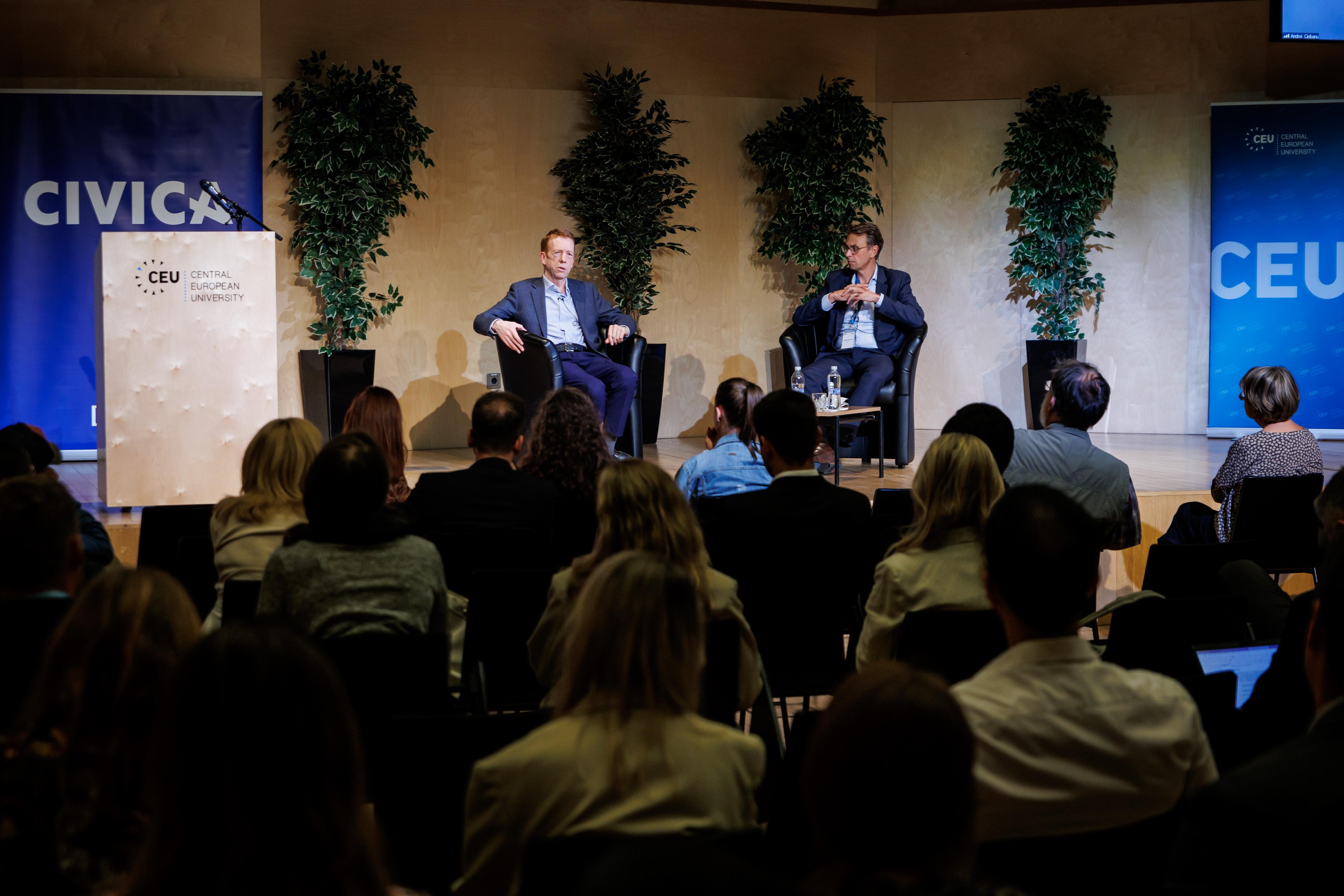 The plenary lecture of the CIVICA Research Conference held by Thomas Carothers, Senior Vice-President for Studies at the Carnegie Endowment for International Peace. 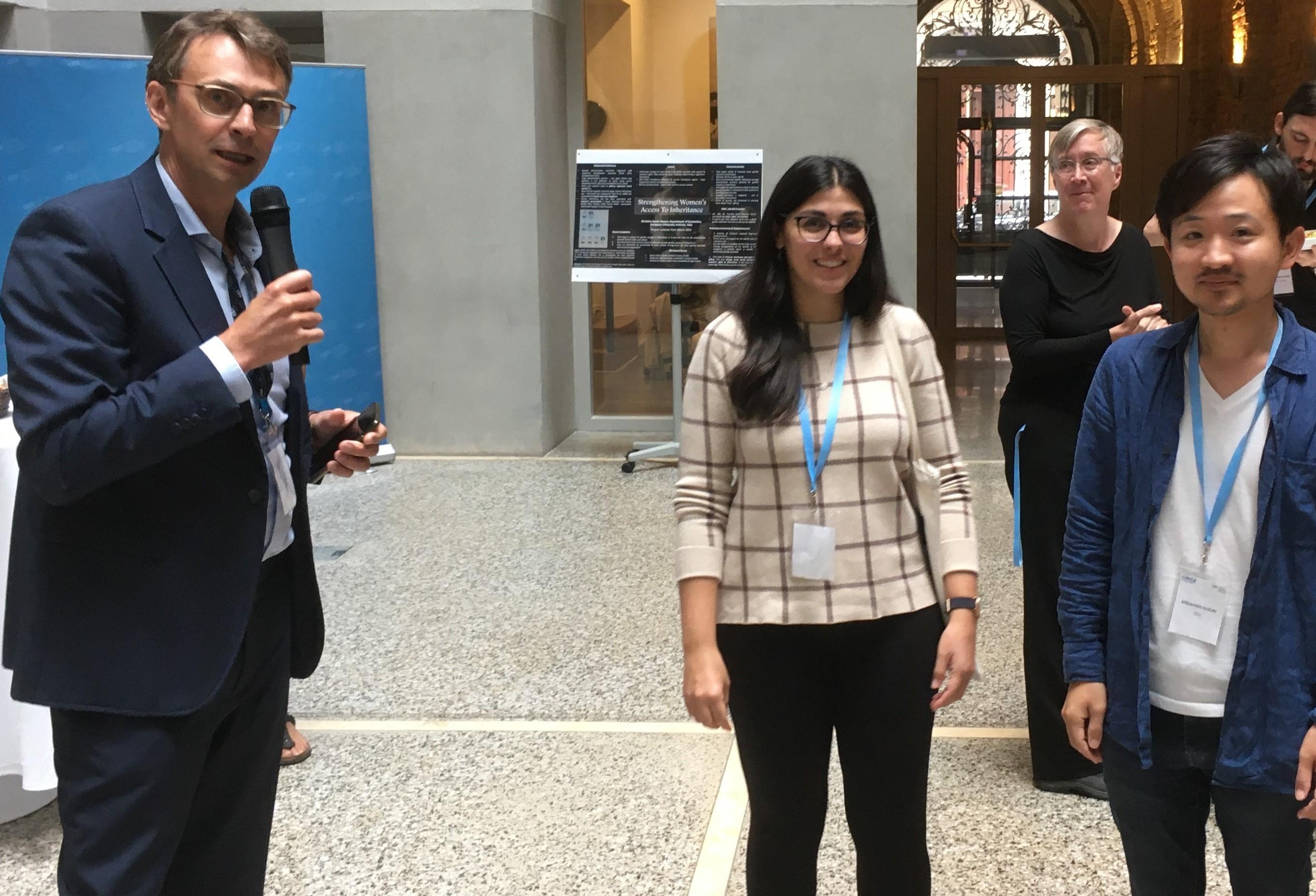