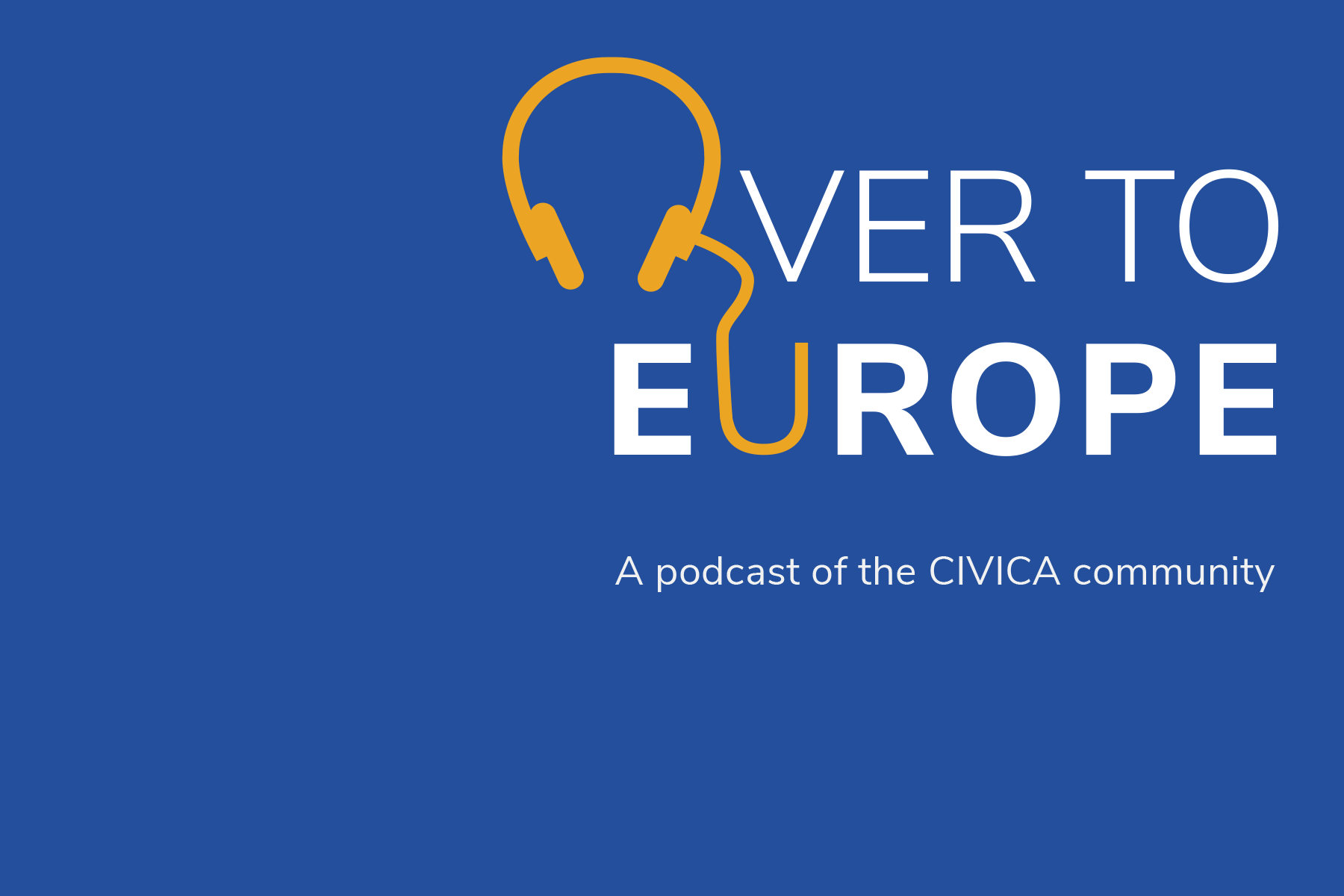 Over to Europe - A podcast of the CIVICA community

Over to Europe brings CIVICA’s students, researchers, faculty and staff into dialogue about the ideas and values that are central to Europe.

By consolidating the collective experience and knowledge of CIVICA’s community, we work collaboratively to articulate an understanding of Europe today and a vision for its future.

Our podcast is a platform for discussion—an infrastructure for the transfer and development of knowledge.​

4.  Europe and the world

Europe has played an instrumental role in shaping the world we live in today. In this episode, we look at Europe's past and present to understand its (future) role in a rapidly changing world.

3.  The labour market in a time of crisis

In this episode we explore how the economy behaves in difficult times, particularly during the COVID-19 crisis. We also discuss how the current crisis affects the labour market entry of young people.

2. Diversity and inclusion in Europe

In this episode we explore the concepts of diversity and inclusion in a European context.

In this episode we explore the concept of 'European identity'. We try to understand what makes someone a European.

6. The future of higher education

Over to Europe is produced by Aniket Narawad (master's student, Hertie School) and Nicholas Fellows (undergraduate student, Bard College Berlin), with the help of the CIVICA community.

Aniket Narawad is the host and co-producer of Over to Europe. Aniket aims to make public policy accessible to people by communicating intricate policy issues through creative mediums such as podcasting. He is an MPP student at the Hertie School in Berlin. Before joining the Hertie School, he worked in the public policy sector in India.

Nicholas Fellows is the editor and co-producer of Over to Europe. He currently lives in Berlin and is pursuing an undergraduate degree in Ethics and Politics at Bard College Berlin, where he is also a Residential Housing Assistant. Nicholas produces music and has been involved with audio production and music performance in multiple countries.

Over to Europe is financed by the German Academic Exchange Service (DAAD) with funding from the Federal Ministry of Education and Research (BMBF).

About CIVICA: CIVICA brings together eight leading European higher education institutions in the social sciences, humanities, business management and public policy, with a total of 50,000 students and 10,000 faculty members. Together, they build on an ever-stronger combination of teaching, research and innovation to mobilise and share knowledge as a public good and to facilitate civic responsibility in Europe and beyond.