Young Europeans’ vision for the future of Europe

The "Report on the Future of Europe," drafted by students from CIVICA and beyond in response to key challenges the EU is facing, was presented at a high-level event in Rome.

On 8 November, 32 students across CIVICA universities (and also from the University of Geneva and ESADE) presented their "Report on the Future of Europe" in the setting of Palazzo Farnese in Rome, which hosts the French embassy, after months of hard work. In the Report, they reflect on the challenges facing the EU and propose their vision for a way forward, with the aim of engaging young generations in shaping the policy debate.

The initiative was proposed by the Société des Membres de la Légion d'Honneur (SMLH) to celebrate the Centenary of the SMLH Foreign Sections. At the Centenary Event on 8 November, the Report was discussed with high-profile figures from European institutions and academia, including Valeria Miceli, Policy Coordinator in the Cabinet of European Commission President von der Leyen, Bernard Cazeneuve, former prime Minister of France, Alain Codefy, President SMLH, and Christian Masset, Ambassador of France in Italy.

The report was drafted by students under the guidance of two academic mentors - Carlo Altomonte, Bocconi University, and Frédéric Esposito, University of Geneva - and tackles seven key challenges for the future of Europe: reinforcing European identity and values, breaking the institutional deadlock and promoting democratic legitimacy, improving economic governance, dealing with the environmental emergency, tackling the migration crisis, governing the disruptive power of technology, and preparing for a next pandemic.

“It proved a very realistic exercise – with students working on policy themes of great current relevance, exchanging different ideas over many months, and coming up in the end with a high-quality work that includes highly valid proposals,” comments Prof Altomonte. “The chapter on European values proved the one with less discussion – an important sign that, amongst young Europeans at least, we have created a European ‘people’ with shared common values. And we should hope that the messages and proposals of these young Europeans contained in the Report echo in the wider debate on the Future of Europe.”

“The event was a great opportunity to present our final work and interact with important guests. It was held in Rome but was a truly European experience,” says Giulio Cervi, student in the Bocconi-LSE Double Degree in European and International Public Policy & Politics and a CIVICA student ambassador 2020/21. “We hope to carry on the enthusiasm that we generated among ourselves over these months in drafting the Report by presenting it soon also in Bruxelles.” Additionally, the Report will be published in a trilingual volume by Éditions Favre.

“Drafting the final report was a long process, we met often in online calls to discuss and debate, and received great support from the academic mentors. It all proved that collaboration across Europe is possible,” adds Giulio. “Despite our differences of thought we all recognised ourselves in common European values and what Europe is. We feel a strong sense of responsibility – we are young, but we feel we have a role in the future of Europe.”

“It was useful and constructive to think through different solutions and possibilities with peers from different disciplines and institutions. It enabled us to see problems and challenges from more than one angle and come up with more comprehensive policy proposals,” recalls Marta Vuković, who recently graduated from CEU and, like Giulio, held the role of CIVICA ambassador last academic year. “Despite being unable to meet in person due to Covid19, bi-weekly online meetings allowed us to coordinate the work and track our progress. I was impressed that we were able to address such a large scope of issues that are troubling the EU and Europe more widely today.”

Reflecting on some of the Report’s proposals, Giulio says: “We feel there is a European identity, but more work is needed to strengthen it. One proposal for example is to expand the Erasmus exchange programme also to high schools, to foster European ties. Looking at institutions we feel there is a need to simplify bureaucracy across Europe, for example. Regarding the environment, there is a need to listen to science and act accordingly. Meanwhile, on the technology front, Europe really needs to push forward the digital transformation and also provide everyone with digital skills. And regarding migration, there is a strong feeling amongst us that the key is to promote greater solidarity.” 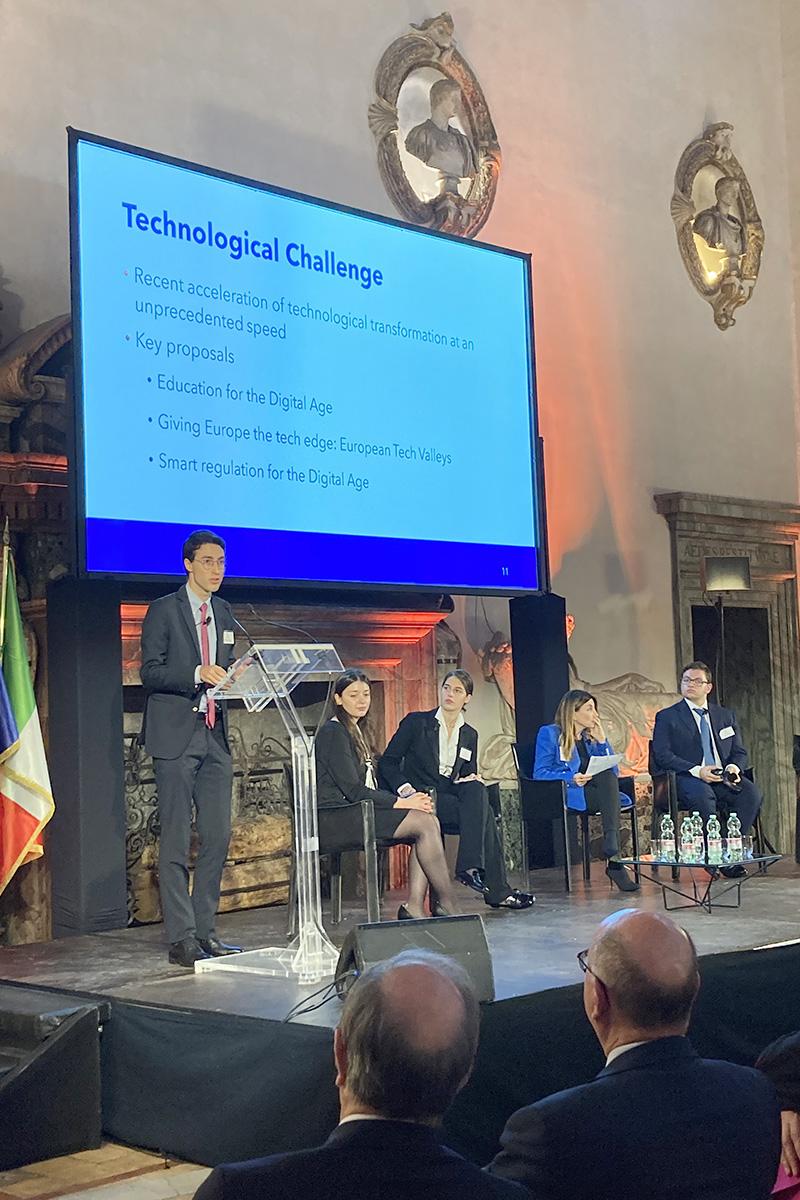 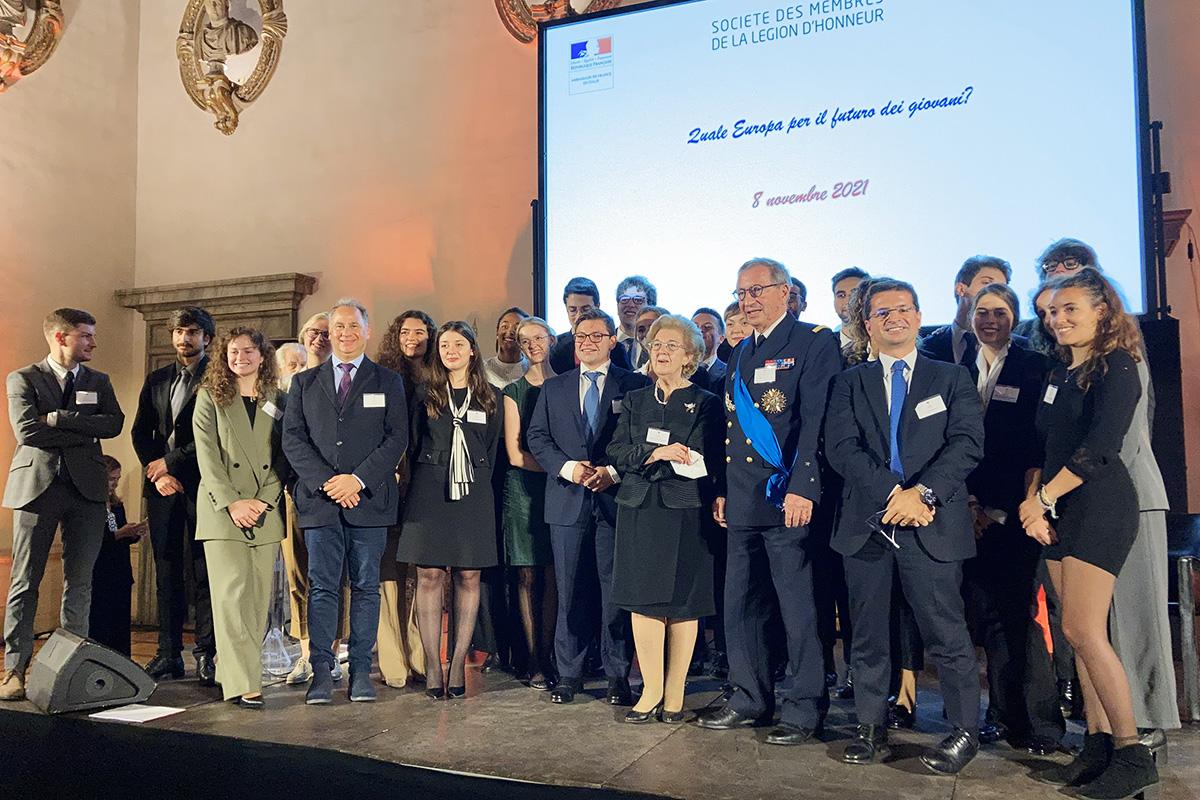