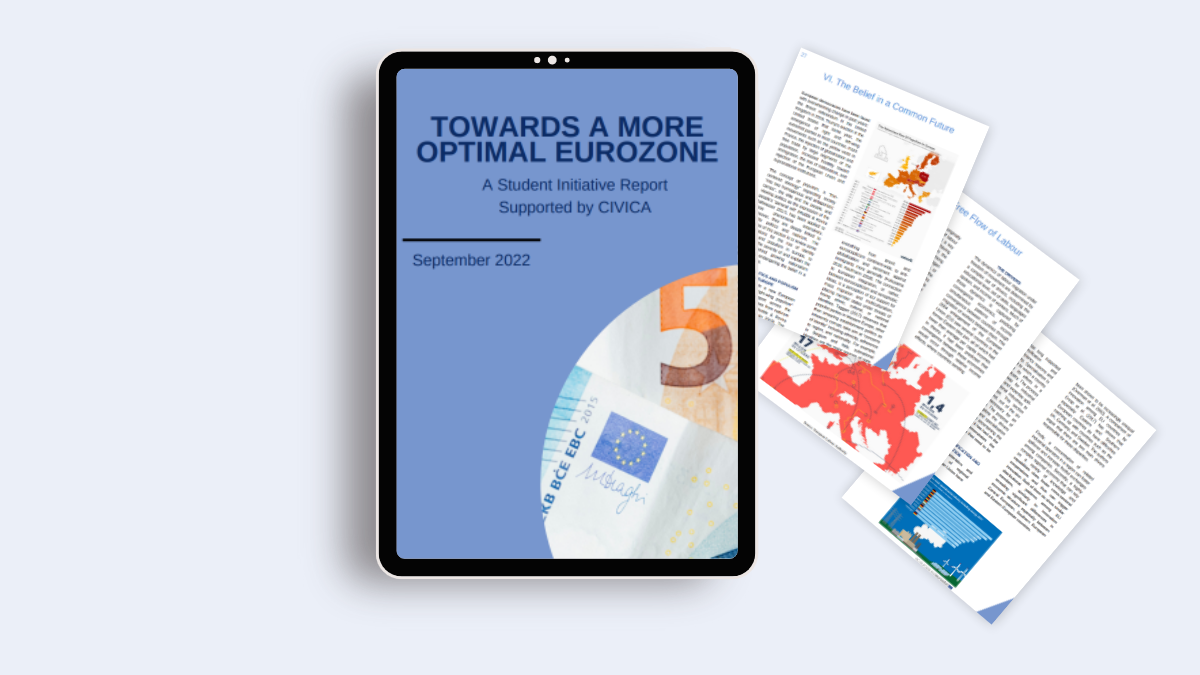 CIVICA students have finalised a report evaluating the performance of the European Monetary Union since its creation. The initiative was co-led by Guillaume Marder (Sciences Po) and Rasmus Salén (SSE), two BA students who met during the first CIVICA European Week in 2021. The project was supported by Prof. David Domeij, Head of the Department of Economics at the Stockholm School of Economics, who provided academic guidance.

The Euro, currently in its third decade and adopted by 19 EU members, has survived a number of profound crises, the most prominent being the dramatic European sovereign debt crisis. The eurozone still faces numerous challenges today most importantly perhaps, due to how, in the Economic and Monetary Union (EMU), the “economic” part compares to the “monetary.”  The most recent of those economic shocks has been the repercussions of the Russian war of aggression on Ukraine which has led to a surge in inflation and an economic downturn in European countries.

The report “Towards a More Optimal Eurozone” aims to evaluate how well the weaknesses of the eurozone have been mitigated, and what gaps remain for the European Monetary Union (EMU) to become an optimal currency area (OCA).

The project involved a group of seven bachelor’s and master’s students from four different CIVICA universities (Bocconi University, Sciences Po, Stockholm School of Economics, and The London School of Economics). All participants engaged in a series of meetings during the writing process, working despite being scattered across Europe.

Prof. David Domeij, academic supervisor and Head of the Department of Economics at SSE, said “Guillaume and Rasmus handled all communication within the team. All students were highly motivated and required very little input. It was interesting to observe students from different institutions working together.”

Guillaume and Rasmus first met digitally at the CIVICA European Week on financial literacy hosted by the Stockholm School of Economics in June 2021. The planning and literature review of the report started straight after during the summer. In spring 2022, a project group was recruited, after which the work on the report started.

The students replied collectively to our interview and shared their feedback and insights on this experience:

What are the main takeaways from this CIVICA experience?

“One important part of our initiative was that we actually got to apply theoretical knowledge to real world policy questions. Being able to initiate a project ourselves where we could design the key questions, themes, fields of research, and policy challenges we wanted to explore is something undergraduate students do not get to do often, especially in a group setting.

A very clear takeaway is that it is possible for students to conduct a project completely digitally, working towards one goal together despite being hundreds of miles apart and coming from different academic disciplines and cultural backgrounds. If the CIVICA alliance was able to bring students together in a completely voluntary bottom-up project like this one, then it will be very promising to see what it might help support over the next few years.”

Are there any next steps or further developments planned?

“We hope that our report could be of relevance both in an academic and a policy context. Presenting our project in those two spheres would be a great opportunity to confront students’ ideas to real world experts, working on those same issues. They could comment on it but also gain something from the work that we have accomplished.

From an academic perspective, the report would ideally be part of ongoing debates about Optimal Currency Area theory with respect to the Eurozone, something that could be discussed in a seminar setting. On the policy side, we would be delighted if some of our recommendations were considered by those designing policy, something that would contribute to social sciences’ mission for the common good.” 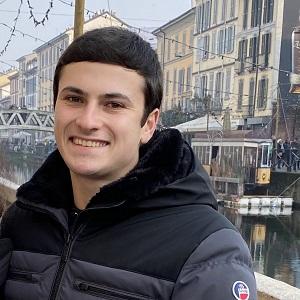 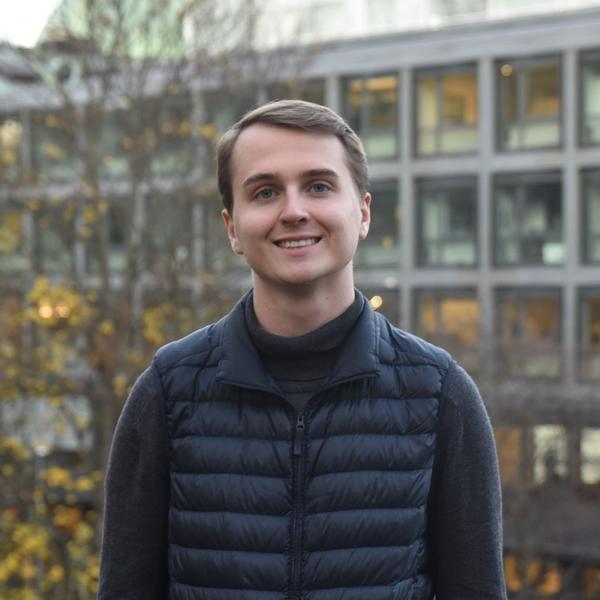 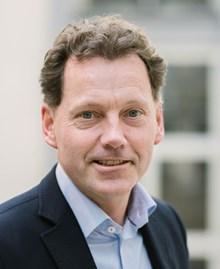