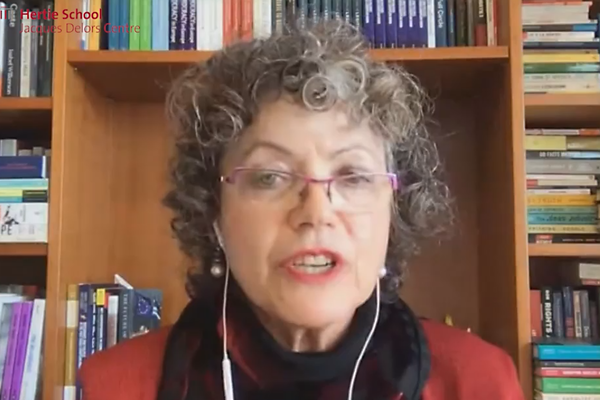 The Euro and the future of European democracy

The CIVICA Future of Europe lecture series organised by the Jacques Delors Centre at the Hertie School continues with a talk by Professor Vivien A. Schmidt.

In her presentation, Professor Schmidt analysed the deficiencies of Eurozone governance from a perspective of democratic theory, and explored ways to remedy the EU's problems of legitimacy, reinvigorate its national democracies, and rethink its future.

The presentation was moderated by Director of the Jacques Delors Centre, Markus Jachtenfuchs.

The CIVICA Future of Europe lecture series is financed by the German Academic Exchange Service.