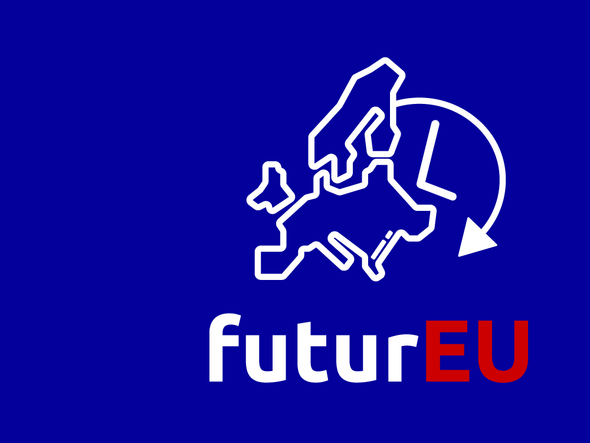 Students from across the CIVICA European campus participate in competition founded by Hertie School students.

After two years of planning, futurEU held its first major event – a student competition posing the question: “If, in a parallel universe, you could present one proposal for EU treaty reform, which reform would you propose?” The competition took place in several rounds between November 2020 and April 2021. From a conversation over drinks came an international event involving 39 teams, made up of 123 bachelor’s, master’s and PhD students from the CIVICA alliance – the eight-member European University of Social Sciences.

The founders are students in the Hertie School’s Master of Public Policy and Master of International Affairs programmes: Maryse Dalhoff, Cecilia Trasi, and Riccardo Colella, who will graduate this spring, and Francesca Minetto and Zoë Frisvold, who graduated in 2020. They also brought on board two first-year students in fall 2020, Naveera Amjad (MIA) and Victor Henrique Rorato (MPP).

The students not only share a common interest in the future of the EU, they also bring very different backgrounds to the topic: they come from Europe, Asia and South America, and their interests lie in international law, energy, economics, development, labour, and social policy, among others.

As they began to drum up interest in the platform, they caught the attention of some high-level politicians and EU officials, such as European Commissioner for Innovation, Research, Culture, Education and Youth Mariya Gabriel, who endorsed the project. The seven team members also created a podcast, The Visionary, to promote the competition, interviewing policy researchers and EU officials on what treaty reforms they would propose.

From early on, they had strong backing from the Hertie School’s Dean of Graduate Programmes, Christine Reh, its Jacques Delors Centre, which focuses on EU policy, and the CIVICA alliance supported by the EU’s European University Initiative.

In a keynote speech at the futurEU finals on 15 April, Christine Reh spoke about the importance of citizen voices in democratic processes. “We think much better together than individually, and we need deliberation together to form our ideas and to refine our solutions,” she said, citing a number of recent changes and initiatives to bring EU citizens into this process. “If you look at all these changes, none of them could fly if Europe’s citizens did not take the initiative. If they did not get together and think together about the Europe they would like to see. And this is what the futurEU team has done.”

Aside from collaborating on proposals for policy solutions, the competition embraces the spirit of the CIVICA alliance as a chance to learn, explore and network with students from across the Europe. For example, all participants had the chance to attend a policy brief writing workshop offered by Thu Nguyen, policy fellow at the Jacques Delors Centre. And students from different universities teamed up on projects.

“One thing that was super interesting for us – and we were also aiming for this – is that people got together from different universities to work on one proposal, which is something we really love about the project,” said Maryse Dalhoff, one of the futurEU founders.

Competitors submitted policy briefs outlining their proposals in the fall. These touched on climate policy, participatory democracy, EU Council reform, and EU health competence, among others. Projects ranged from a new transnational EU election system to reforms aimed at countering backsliding in the Rule of Law.

From this group, eight teams were invited to participate in the semi-finals, where they presented their ideas to judges from the Jacques Delors Centre, who selected two teams to advance to the finals on April 14-15. This year’s winners, a team made up of Hertie School student Neslihan Altun and Sciences Po’s Elena Schulz-Ruhtenberg, both studying public policy, submitted a proposal that ensures EU legislation matches local realities. Their policy brief will be published on the Jacques Delors website.

The students are already thinking not just about the future of the EU, but also of the competition. Founder Riccardo Collela says, “We envision at least a second edition of the competition, and possibly many others to come.”

His colleague Cecilia Trasi agrees: “I believe that the visibility that this initiative offers and the value of the platform will endure – hopefully also after we leave.”

You can learn more and stay up to date with the futurEU initiative on their website.

Screenshot from the futurEU final round: 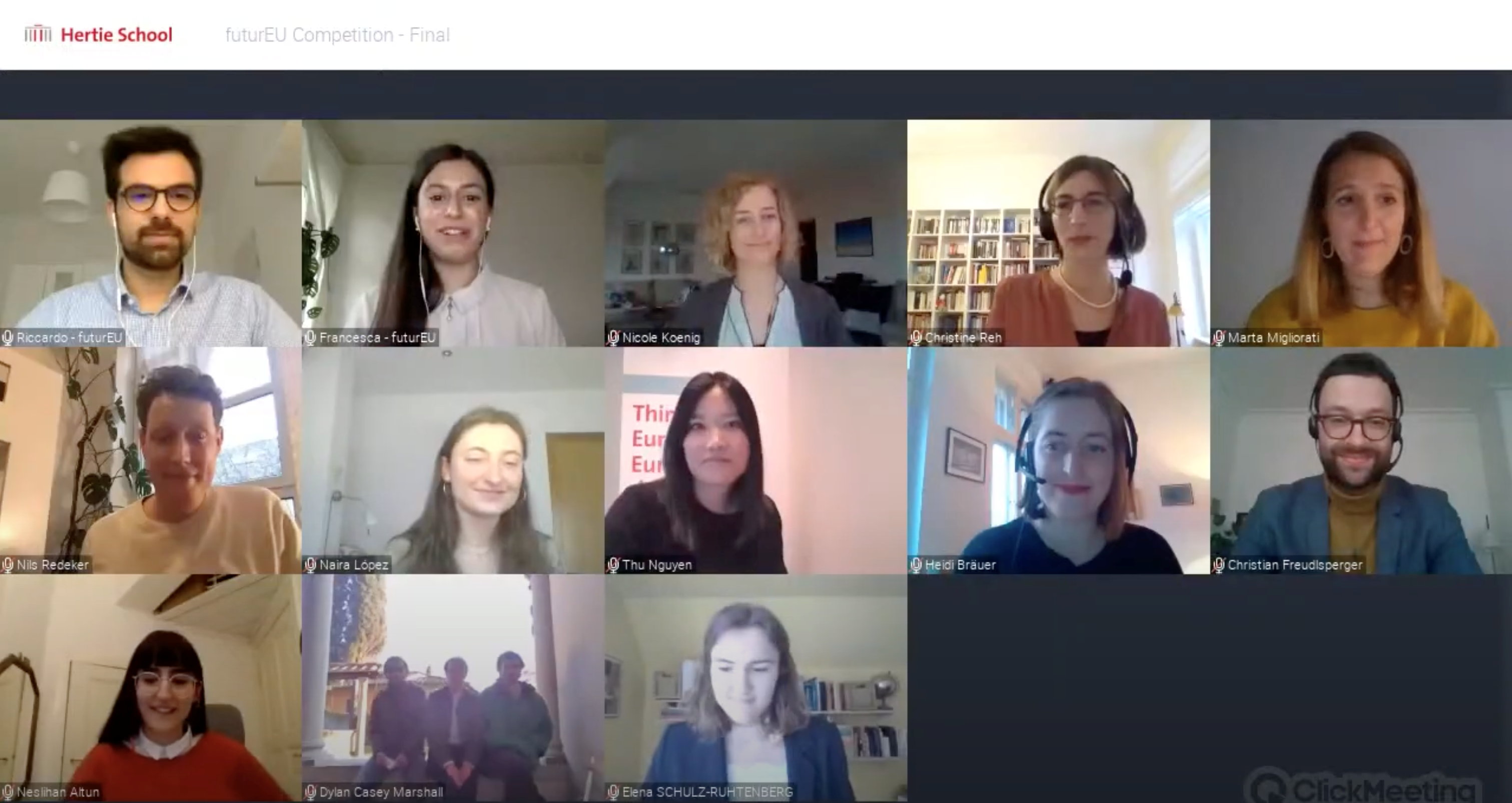