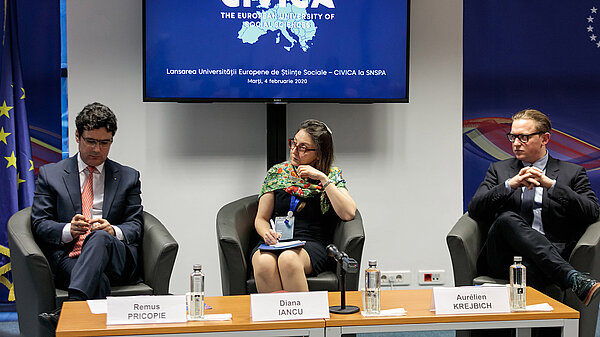 On 4-5 February 2020, the National University of Political Studies and Public Administration (SNSPA) in Bucharest, Romania hosted the first meeting of CIVICA's work package on international partnerships.

Representatives of the CIVICA alliance discussed strategies for creating a global network of universities in the social sciences, opportunities to increase the international attractiveness of CIVICA and the development of joint initiatives in executive education.

Keynote speeches were delivered by:

Watch a video below: