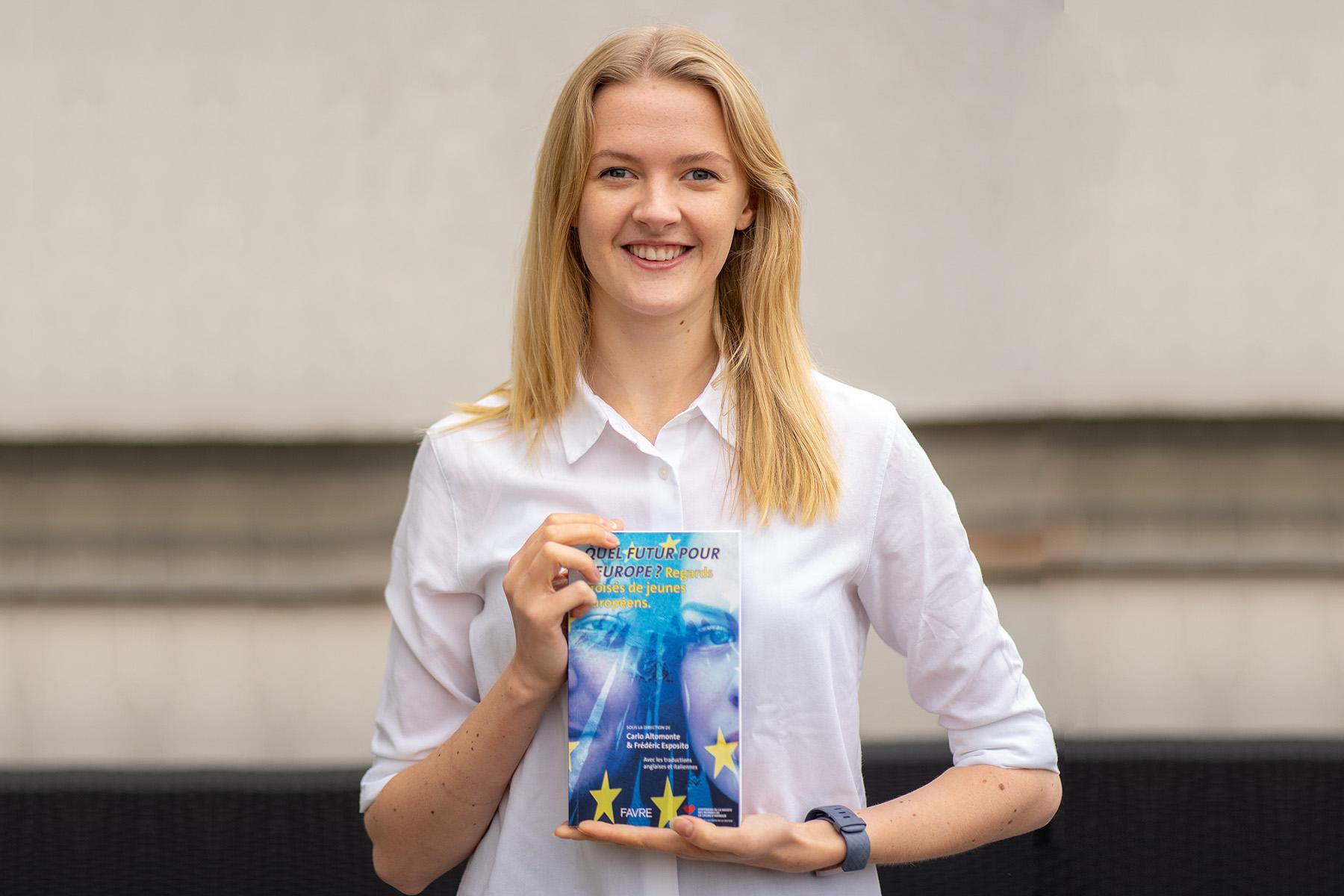 SSE master's student and CIVICA Ambassador Linnea Svanberg joined peers from the alliance and beyond to present the collaborative Report on the Future of Europe at the French Embassy in Rome.

Linnea Svanberg is a first-year master’s student in Finance at the Stockholm School of Economics and one of the school’s CIVICA Ambassadors. On 8 November, she participated in a prestigious event in Rome, where she presented a report co-written with other students from the CIVICA network and beyond. It all started with a student initiative at Bocconi University in Milan.

During one of the CIVICA Ambassador meetings in 2020, students at Bocconi announced the intention to form a diverse group of students for a project about the EU. The plan was to write "The Report on the Future of Europe”, in which the students should reflect on challenges the EU is facing and propose a vision for a way forward, with the aim of engaging young Europeans in actively shaping the policy debate.

What are the fundamental values embodied by the European Union? Does the EU really live up to them? How can the EU tackle the major challenges posed by the global health crisis, climate change, international migrations, technological disruption?

"I instantly thought that it sounded very interesting and said yes when the CIVICA Ambassador of Bocconi asked me if I wanted to join," says Linnea.

The students voted on a number of challenges that they could write about and then made various proposals in these areas. In total, there are seven challenges and 25 policy proposals in the report. The written phase of the collaborative project involved as co-authors more than 30 students representing the eight CIVICA partners as well as the University of Geneva and ESADE. Participants engaged in a series of meetings and writing sessions, under the guidance of two academic mentors: Professor Carlo Altomonte, Bocconi University, and Professor Frédéric Esposito, University of Geneva.

"It was quite intense since we started writing in September 2020 and were done in January this year. It was a real challenge to take on such a big project with students in different areas of studies and make it work over Zoom, but we tackled it and are proud of the result. Since we wrote it in such a short time and so recently, everything in it is still relevant. It feels amazing that it has now been published in three languages," says Linnea.

Invitation to the French Embassy in Rome

The project was supported by the Italian and Swiss sections of the Société des membres de la Légion d'Honneur (SMLH) to celebrate the Centenary of the SMLH Foreign Sections. On 8 November, the French Embassy in Rome invited the CIVICA participants and other co-authors to present the Report to high-profile figures from European institutions and academia on the occasion of the SMLH Centenary Event.

"During the event, four of us got on stage and presented the report. Then we had a discussion among all participants, and the audience could ask questions and give feedback. Many praised our work, which made us really proud," says Linnea.

What will happen with the report now? It has been handed to members of an EU institution, who will look into it more closely. A couple of the proposals have actually already been implemented, which shows that the team was on the right track with their ideas. Linnea hopes that the report will live on for a while and inspire young Europeans as well as decision-makers.

"This is a prime example of a good initiative within CIVICA that really became something big. As an Ambassador I will tell students about the project and let them know that this is the kind of project they can be a part of within our network. To work with other students throughout Europe gives you so much, it has been a great experience!" says Linnea.