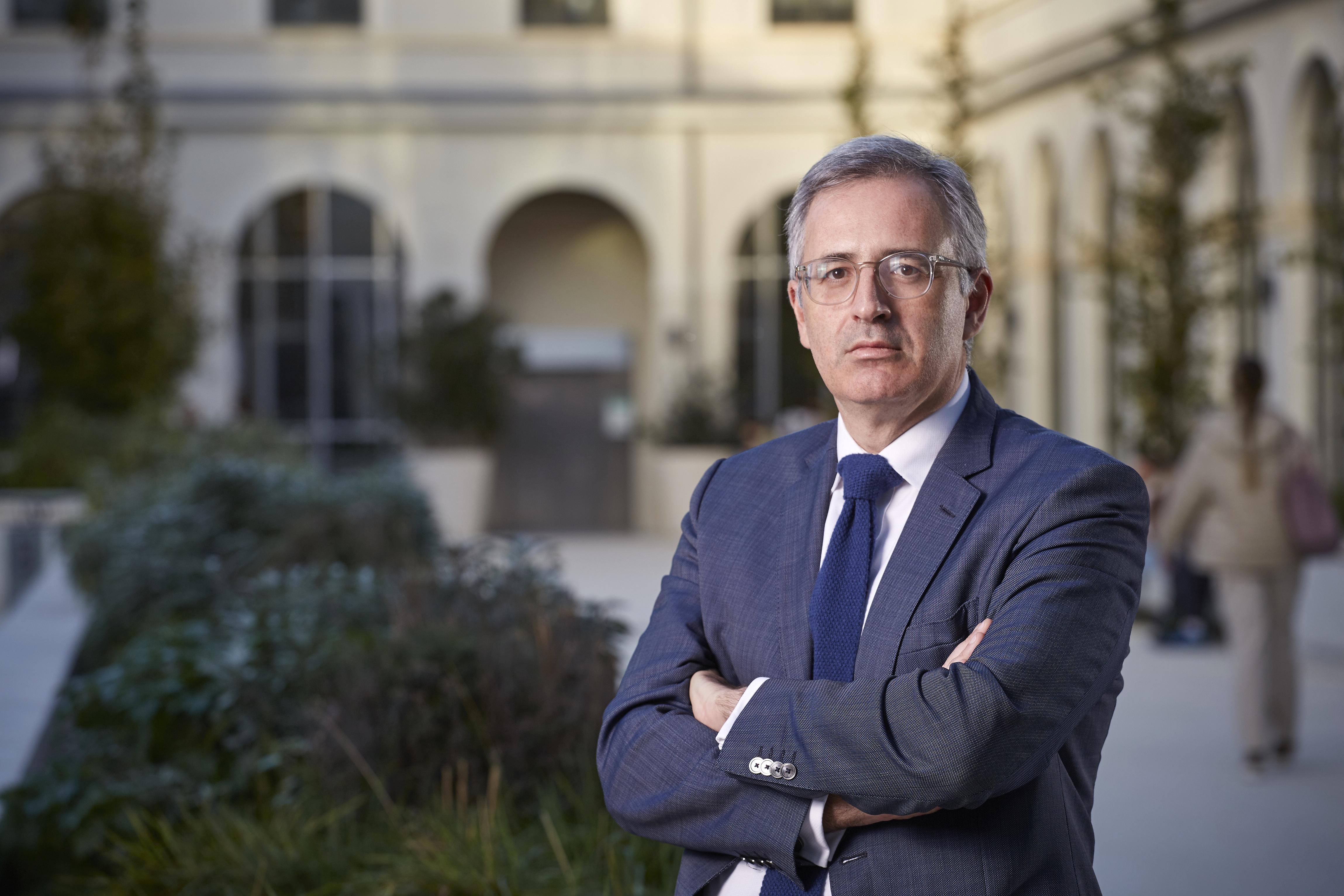 On January 9, Professor Sergei Guriev will present “Economics of Populism and Hybrid Regimes” hosted by Central European University’s (CEU) Department of Economics and Business with CIVICA at CEU's Vienna campus.

Guriev is a world-renowned academic and economist. He is Provost of Sciences Po, Senior Member of the Institut universitaire de France (IUF), Director of the Populism RPN and Research Fellow at the Center for Economic Policy Research (CEPR), Scientific Coordinator of CIVICA Research and Co-Chair of CIVICA’s Permanent Design Team. Advisor to the Russian government in the early 2010s, and Rector of the New Economic School in Moscow, the largest economics university in the country, Guriev left Russia in 2013 after interrogations by Vladimir Putin’s regime.

His talk, which kicks off the CEU lecture series “Economics of Populism” will highlight the findings from the survey of the literature on the recent rise of populism (Guriev and Papaioannou, “Political Economy of Populism”, Journal of Economic Literature, 2022) and the book on modern autocracies (Guriev and Treisman, “Spin Dictators”, Princeton University Press, 2022). Discussion will include the role of economic and cultural factors, the impact of the global financial crisis, the refugee crises, new communication technologies, as well as tentative policy recommendations.

In advance of Guriev’s CEU appearance, we spoke with him regarding spin dictators, populism and key skills needed to equip today’s students for the current world. This is an edited interview conducted December 21, 2022.

Your book “Spin Dictators” focuses on a 21st century style of rule, which is distinct from 20th century fear-based dictatorships. How are these two approaches differently dangerous in terms of their potential effects?

The old style is more bloody, more repressive and also more open. The new style, which is based on manipulation of information, is dangerous because it often successfully pretends to be a non-dictatorship, so it manages to benefit to a greater extent from aspects of the modern world: the global economy and cross-border flows of goods, services, technology, capital and people. Therefore, this evolved breed of dictatorships creates an opportunity for non-democratic regimes to survive in the modern world.

Sometimes, however, these regimes, when it's time for them to transform into democracies, go back into the old style of rule and this is what we are observing in Russia this year. They become physically dangerous again. For example, Russia has been building its economy for many years as a reasonably non-aggressive dictatorship, but now it's using a brutal aggressive style. It’s a complex phenomenon and it's not easy to say what's better or worse.

As someone with roots in Russia now leading an intellectual life from outside, what has surprised you about the war in Ukraine?

The war itself has surprised me, big-time, because it was clear that it is a mistake. Dictators can make big mistakes, for example you can look at China’s zero-Covid policy as a big mistake. In a dictatorship, you don't have feedback, criticism or open discussion, and that leads to one individual making a decision, which is sometimes strong and sometimes a mistake. Most people thought Putin would not make this mistake, so this decision really surprised me.

What also surprised me is the resilience of the Ukrainian people, especially the courage of President Zelensky. This is something that really saved the country and is, of course, something that will go down in history.

Additionally, in Russia I was surprised by how many representatives of the elite decided not to exit the system or speak against it. I think in retrospect, this is because Putin has been choosing his people carefully over many years and has been creating incentives for them. This is such an outrageous year and makes me think about World War II. Many Russians were raised to understand Hitler's war as the worst thing in the history of humanity, and now Russians themselves are part of a fascist system, where many qualified and competent people prefer to stay within the system and not speak against it.

What would you like to point out about the rise of populism, based on your recent findings in the paper “Political Economy of Populism”?

This is a survey looking at hundreds of papers which came out since 2016. What we did was to consider all these theories for the recent rise of populism. There are tools to measure the rise of populism, and across whatever measure was used, the documentation showed that the rise is unprecedented in the history of the 21st century. This is true especially in Europe, and especially in the second decade of the 21st century.

We point to several slow trends such as globalization, which has been going on the last few decades, during which national governments did not realize they need to take better care of the people left behind. The trends have created a class of people in developed countries who have not benefited from prosperity brought by globalization. Then there is the global financial crisis of 2008 and its aftermath in Europe with austerity.

Another aspect is the rise of social media and mobile broadband internet. We show that social media is a perfect platform for modern populists. This is not the first time in history when populists used new information communication technologies. You can think about the first populists in the U.S. who used telegraph and railroads, or the Nazis who would use radio. You can think about populations in the U.S. who would use cable television. These channels allow them to circumvent the mainstream media, which is controlled by the elites. There are also several features identified in the social media setting that are especially conducive for populists.

On the other hand, we showed that when people talk about identity and immigration, we still don't have a lot of convincing evidence. An actual immigration picture is complex. There are some episodes where immigration completely contributes to the rise of populism. But other times, when you have an influx of refugees which is reasonably moderate and well-managed, and refugees are well-integrated, you actually have the opposite effect where people have empathy toward refugees and vote against populists. So, these things are all complex, but in this survey, we now have a lot of evidence on long-term economic trends like the global financial crisis of 2008 and social media.

On an optimistic note, many things which happened five to ten years ago, resulted in a rethinking of issues. During the pandemic, governments understood they need to care of the most vulnerable parts of society, and in the West, governments were especially generous during Covid-19. So, in that sense, I think some lessons have been learned and we may remain optimistic.

How you see the role of crises in the making of modern autocracies?

So, if crisis shows that elites are not managing the country well, and you have a populist who rides this crisis and shows that elites are corrupt, you run the risk of the emergence of a dictatorship and that's very real. We just saw that in Brazil where the possibility of Bolsonaro overturning the results of the elections has been quite tangible. Bolsonaro is a typical populist with authoritarian tendencies, although a right-wing populist in Latin America is not common; there it is more common to have left-wing populism. But Bolsonaro emerged in this environment and his narrative in the 2018 election was against corruption in the elite, and the corruption was real.

People often ask, “If populists are about reaching out to the people, how can a populist be authoritarian?” Part of that answer is that populism is about an anti-elite, anti-establishment narrative, so populism is not about democracy. Populism is an idea of homogeneity among the people. In our paper, we say that populists think the elites are corrupt and that the people are moral. The other part of that is that populists see the people as homogeneous, and therefore you don't need checks and balances, because if all people are alike then one person is enough in a representative democracy. That’s why often in populist movements, you may have just one leader who says, “I'm with you, I'm like you, let's work together and get rid of those corrupt experts, judges, senators and fact-checkers.”

As Provost at Sciences Po, you are a leader of higher education for a global student body. What skills are important for today’s students to learn to navigate this complex modern world?

As Provost, I'm in charge of education and research at Sciences Po, and I'm happy to work together with CEU colleagues, including my CIVICA counterpart, Carsten Schneider. We have several priority themes related to the issues which we've been discussing: crisis of democratic institutions and the rise of authoritarianism and populism, the role of Europe, digital technology and climate change.

What we try to teach is critical thinking. This is so important in today's world where all the issues we discussed are related to the fact that trust in institutions is undermined by false news propagated through new media. Students need to have a foundation that guards them and supports them in processing information while maintaining intellectual integrity and being able to figure out what is true and what's not true, noticing where evidence is available and when there is no evidence.

When we teach courses, it is also important to indicate the evidence on topics, and if there is no evidence, there is room for debate, and we teach how to debate. In 2022, Sciences Po lost one of its monumental figures, Bruno Latour. He has done a lot in this area and worked on understanding scientific contradictions. For Sciences Po, the ability to maintain pluralism, academic liberty, and the ability to debate issues where there is not yet consensus is critical.

For us, academic liberty is part of our DNA. We were established 150 years ago as a free school of political science and talking to colleagues from CEU we know this resonates. Academic liberty is the liberty of researchers to do what they want to do, the liberty of students to challenge the conventional wisdom and to critically perceive what they are being taught, as well as understanding how to debate issues in a respectful way and looking for evidence when making arguments.

The 2023 lecture series “Economics of Populism” organized by CEU's Department of Economics and Business includes “Economics of Populism and Hybrid Regimes” with Sergei Guriev (Sciences Po) on January 9; “Given its consequences, can populism be long lasting?" with Massimo Morelli (Bocconi) on February 9; and "The Political Economy of Alternative Realities" with Adam Szeidl (CEU) on March 22.