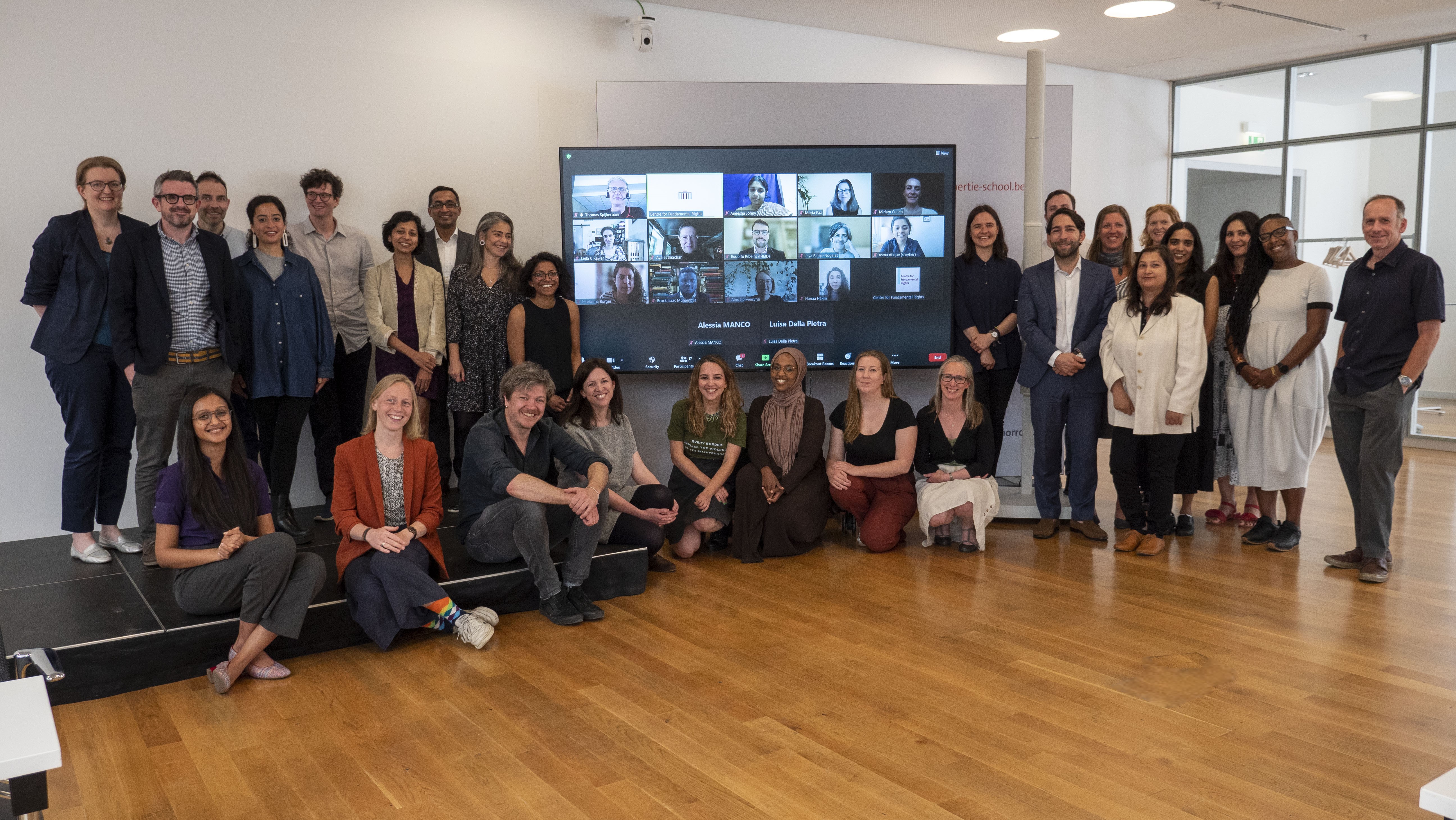 Collaboration of Centre for Fundamental Rights and EUI in CIVICA network with universities in Africa and North America.

On 10 June, a diverse group of scholars at various career stages gathered at the Hertie School in Berlin and online to present their papers employing post- and decolonial approaches to global migration law. The workshop Decolonising Global Migration Law was hosted by the Hertie School's Centre for Fundamental Rights and the European University Institute, as part of the CIVICA alliance, in collaboration with the African Centre for Migration and Society at the University of Witwatersrand and Temple University.

While post-colonial critiques are well-established in most fields of international law, many areas of the complex intersection between colonialism, bordering and migration law remain underexamined. The workshop aimed to contribute to the growing body of scholarship on decolonising global migration law and control practices.

Based on an open call for papers, the organising committee selected fifteen papers (from over 50 submissions) for presentation, bringing fresh insights into global migration law and the history of the global governance of migration, exploring refugee law, labour migration, nationality and statelessness.  The presenters and organising committee exchanged ideas on racial bordering, colonial continuities and discontinuities, and the possible remedies and responses to enduring colonial legacies and inequalities of migration opportunities.

With the aim to create a diverse scholarly community to discuss these themes, scholars from around the world were able to share their work in a constructive and supportive academic environment, as well as receive dedicated comments and feedback from senior academics and other participants. The workshop paid particular attention to the work of researchers who are at the early stages of their career, including advanced PhD students, in the spirit of the CIVICA call to support early career scholars and facilitate conversations that bridge disciplinary divides.

“This workshop reflects the values of the Centre,” said Professor Cathryn Costello, Co-Director of the Centre for Fundamental Rights. “We generally offer our second-year doctoral researchers the opportunity to organise an international workshop, thereby supporting other early career researchers and opening up new areas of academic inquiry and collaboration. In this case, Hertie School PhD researcher Vera Wriedt convened a deeply scholarly, thought-provoking workshop, bringing together a unique constellation of academics."

Neha Jain, Dean of Equality, Diversity and Inclusiveness, Professor of Public International Law and Co-Director of the Academy of European Law at the European University Institute, represented the EUI in the workshop’s organising committee. “Workshops such as these are central to CIVICA’s mission,” Neha said after the event, adding that these initiatives showcase the alliance's leadership “in generating and sustaining peer and mentoring networks between scholars at different career stages in the Global North and South.”

The day after the workshop, the group met for a tour led by activist Joshua Kwesi Aikins, a PhD candidate at University of Kassel's Department of Development and Postcolonial Studies. The tour was titled, “The Everyday Presence of the Colonial Past: A Decolonial City Walk in Berlin's 'African Quarter' (Afrikanisches Viertel)”. It combined the history behind the street names that celebrate Germany’s colonisers and colonies across Africa with insights into contemporary politics of renaming, remembrance and reparation.