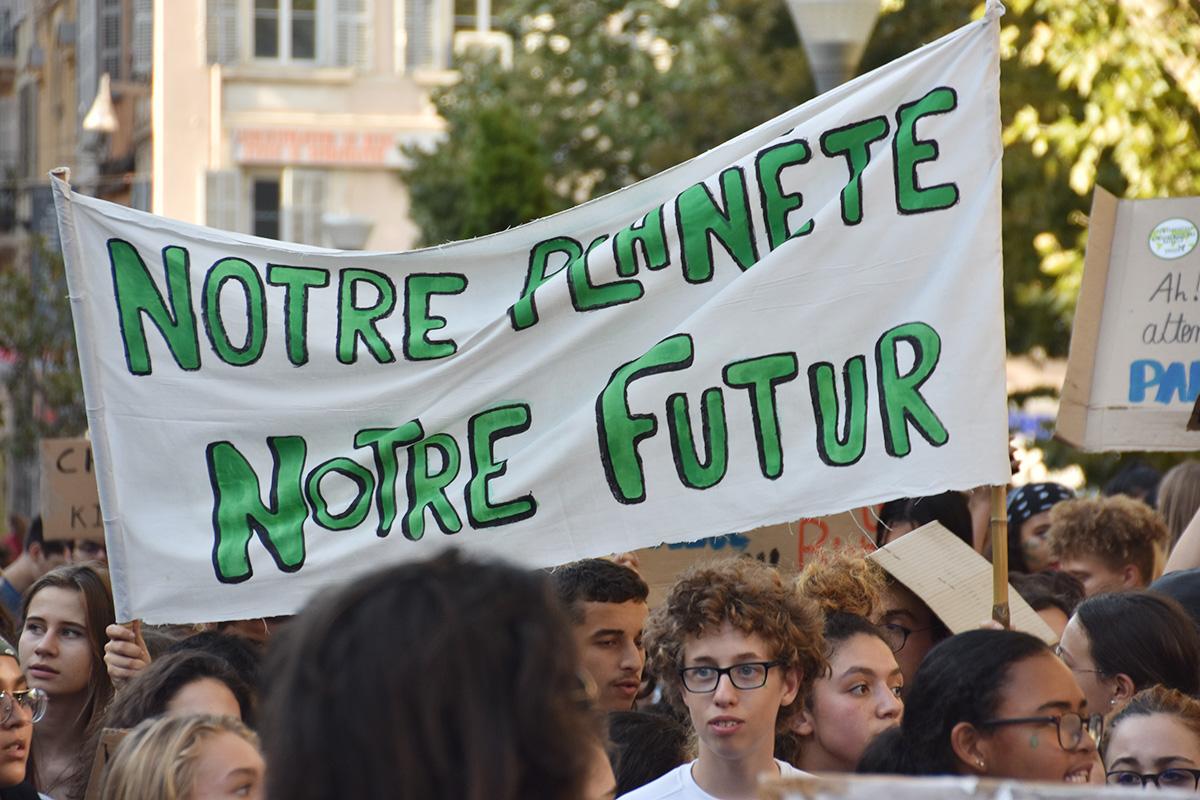 From evidence to action: “Climate Change and the EU” highlights the path forward in combating climate change

A polyphonic conversation on some of the most pressing questions of the 21st century: “Can we achieve climate justice and equity?”, “What role can the EU play at the international level?”, “Is the EU truly including climate concerns in its foreign policy?”, “What role is there for the youth?”. These questions—which opened Sciences Po’s event “Climate Change and the EU: From Evidence to Action” on 28 October, in the context of the CIVICA Public Lecture Series Tours d’Europe designed to bridge academia and the wider public —figure among the most vital of our current moment, setting the stage for the COP26 UN Climate Change Conference in Glasgow, which ran from the 31 October to 12 November.

In the context of this event, which examined the climate crisis on an international scale, Sciences Po’s Carola Klöck, the Hertie School’s Sebastian Levi, CEU’s László Pintér, LSE’s Swenja Surminski, and the event’s host Dalal Mawad addressed international collaboration efforts to prevent climate catastrophe. These experts from member universities of CIVICA—The European University of Social Sciences discussed issues surrounding climate justice, climate policy, the role of the youth, the role of the European Union, and much more during a conversation that shifted between the perspectives of researchers, students, and journalist Dalal Mawad herself.

On the undeniable impact of climate change

Dalal Mawad began “Climate Change and the EU” by evoking the COP26 conference, thus situating the conversation within the larger political and global context. “What is at stake?” she asked the researchers, students, and community members watching the talk. “Is this the last best chance for countries to act preventatively?”. With these words, Mawad echoed the concerns voiced by many students, professors, and researchers who have been studying and following international efforts to establish measures to slow the advance of global warming.

By sharing student testimonies from countries as diverse as Romania, Italy, Estonia, India, and Canada, and thus highlighting the climate changes already apparent in each country, Mawad drew attention to the high stakes of current climate issues. From wildfires to high precipitation leading to landslides in Italy, to heat waves that affect livestock and natural ecosystems in Estonia and Canada, all participants agreed that action must be taken to counter the climate crisis.

The role of the EU and the international community

One of the key points of discussion was the ways in which those most at risk of experiencing climate change induced hardships are those often contributing the least to global carbon emissions—as is the case with low-lying island states. Indeed, according to Swenja Surminski, “The key question for the international community and for the negotiation is how we deal with questions of fairness, equity, and burden-sharing, because by and large those who are experiencing loss and damage haven’t really caused the problem.” Because global climate problems and access to means of managing these problems are unequally distributed, much of the conversation centred around what concrete steps must be taken, and by whom, to reach the Paris Agreement’s goal of limiting the rise in global temperatures to 1.5 degrees.

To the goal of equity and burden-sharing in the context of the Paris Agreement, the researchers in conversation agreed that the European Union has an important part to play in attaining global climate goals. According to them, the European Union has both a concrete and symbolic influence. As Carola Klöck noted, “The European Union plays a huge symbolic role. […] Other countries look to the European Union as a model to follow—as a good example. We should make use of that position we have and really lead by example.” She went on to emphasise the importance of viewing this role not as a burden (although there are significant economic implications), but as an opportunity to change things for the better and invest in more sustainable energy sources.

In keeping with questions of global fairness, Sebastian Levi went on to note that: “Some countries cannot de-grow because they have to grow economically to satisfy very basic needs.” Because of the economic disparity that exists between the global north and global south, the four CIVICA researchers agreed it is essential that the European Union fulfil its promises to financially assist the global south in making the ecological transition. In doing so, they evoked questions of accountability and the punishment of non-compliance, which many of the researchers said should come in the form of policy and concrete action. As Swenja Surminski noted, “I think the right approach is to lead by example and actually show this sort of decoupling of development and emissions is possible.”

The role of the youth

Having established the critical role of the European Union in fighting climate change on a global scale, Dalal Mawad turned the focus of the conversation toward the future by asking the question of the youth’s role moving forward. With concerns that the youth are being sidelined in concrete environmental talks, the four researchers highlighted the importance of ensuring youth involvement. According to Carola Klöck, “We shouldn’t underestimate the influence that the youth can have and do have”—a sentiment that resonated with the entirety of the panel.

Indeed, much of today’s youth has expressed concern when faced with the dramatic environmental changes recorded worldwide. Daniel Eid, a student at Bocconi University, confirmed this sentiment and affirmed the desire to work toward change on a societal level. “As a social sciences student, I believe it is my duty—and our duty—to improve society and work for the better.” Indeed, in order to do this and effectively incorporate the youth in concrete discussions about fighting climate change, the researchers emphasised the importance of facilitating their participation in discussions with European Union policy-makers.

Ultimately, in order to bring about the change desired by students and researchers alike, László Pintér reminded listeners of a key component, “There needs to be an atmosphere of trust to make progress.” Indeed, it is only by establishing this trust that the change-makers of tomorrow will be able to enact vital change.

Watch “Climate Change and the EU: From Evidence to Action” below.

Climate Change and the EU: From Evidence to Action