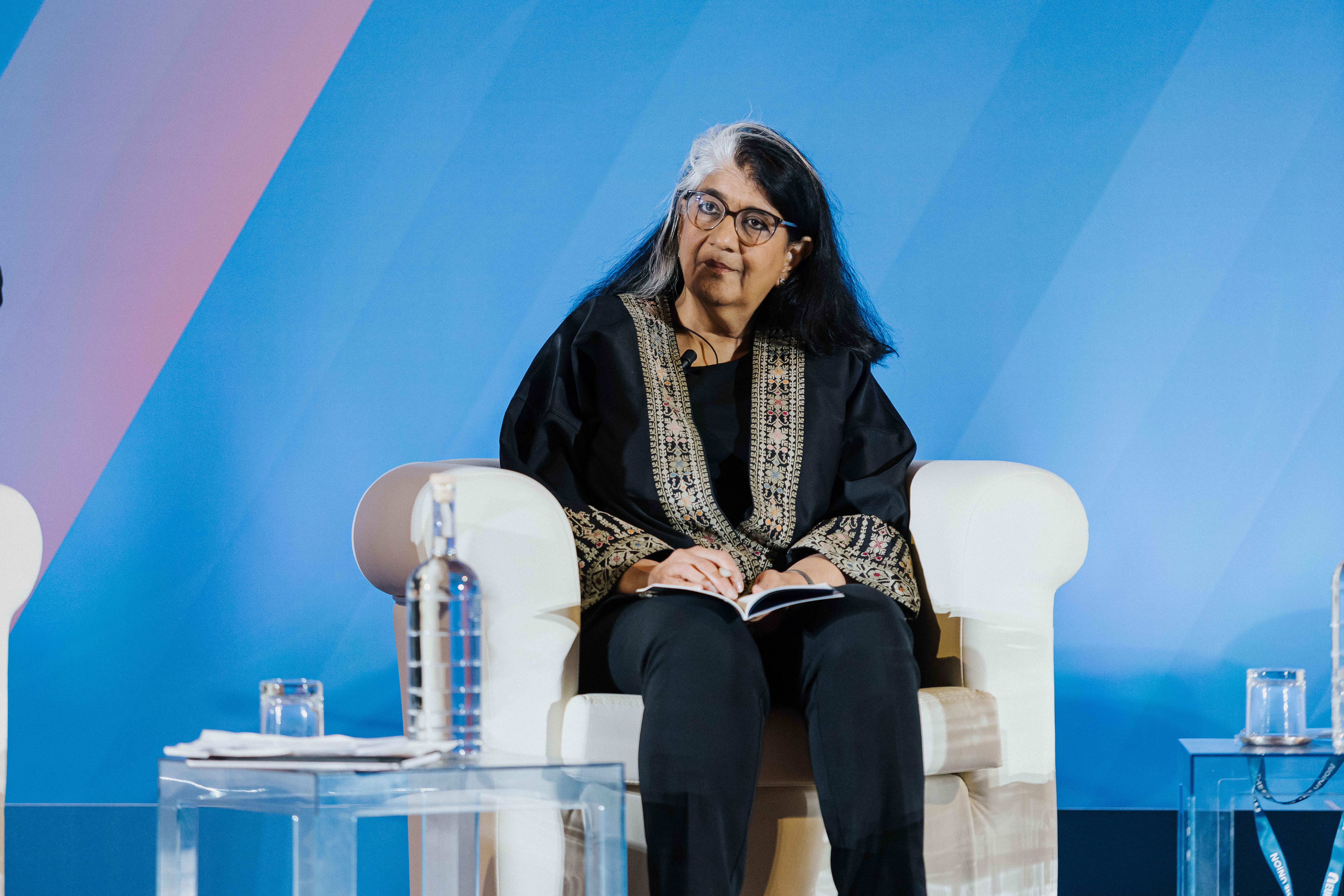 Europe’s past and future: CEU President and Rector Shalini Randeria at SOU2022

Just over a month after the EUI’s State of the Union conference, looking back at the final panel of this year’s edition can help us better understand Europe’s future, by calling for new ways to remember its past.

During EUI's flagship conference The State of the Union, the last panel featured a memorable intervention by Professor Shalini Randeria, President and Rector of Central European University (CEU). EUI and CEU closely work together through their participation in CIVICA as member institutions. The panel held on 5 May titled “The Future of Europe’s Past" addressed the question of what Europe can learn about its present and future challenges by re-telling the story of its past.

A well-known scholar of European colonialism and its aftermath, Rector Randeria emphasized that the history of Europe should be recast in terms of “its own colonial practices,” not least because these very practices were paradoxically “in breach of most European values.” For instance, colonial powers promoted secularism and universal citizenship in the metropole but spread Christianity by force and instituted racial segregation in the colonies.

Rector Randeria also pointed out that the very tension between those values, such as equality and liberty, and the actual colonial practices that negated them, provided a useful strategic tool for anti-colonial struggles, as well as subsequent emancipatory nationalisms in the Global South.

Adopting a new, more critical historical perspective and re-contextualizing Europe’s past within such a (post-)colonial framework can significantly alter our understanding of the origin of the European Union, she concluded. Within a framework of “entangled histories," the establishment of the EU as a new geopolitical actor appears to have been an attempt by former European imperial powers to overcome the loss of their colonial dominions. This also calls for a radical reorientation regarding some of the key challenges Europe faces, especially due to migration from many former colonies and asymmetrical trade relations with these countries due to protectionist measures, for instance, in EU agricultural policies.

The panel discussion was followed by a lively Q&A session, reflecting the increasing awareness of European scholars about the fundamental challenges posed by post-colonial critiques. A salutary example worth noting is the launch of a researcher-led Decolonising Initiative at the EUI this year.

In addition to Rector Randeria, the panel featured two renowned scholars of Europe, law and democracy: Beatrice de Graaf, Distinguished Professor at Utrecht University, and Glenda Sluga, Director of Research and Professor at EUI's Department of History and Civilisation, and Joint Chair at the Robert Schuman Centre, who convened and moderated the panel discussion.

Photo credits: EUI, The State of the Union Team

Watch a full recording of the discussion (start at 4:05)