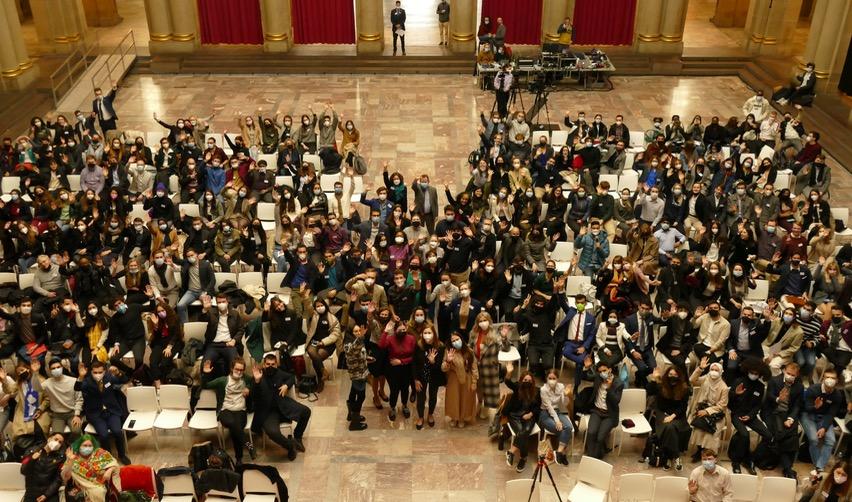 The first edition of the European Student Assembly took place in Strasbourg, bringing together students from all over the European Union.

The event, designed to promote civic participation and to involve students in the European decision-making process, gathered 275 students from 38 European University alliances and 28 European countries.

Master’s students Emilie Berger and Giulia Geneletti represented both CIVICA and Sciences Po as Student Coordinators. They shared their perspectives with us, exploring the impact that this event had on their student experience.

From digitalisation to climate change to a common strategy for immigration, students were asked to address a variety of issues that affect the European Union in 10 different panels divided by thematic question. Working collaboratively, each group drew up proposals to answer the key question that was attributed to their panel. At the end of the session, these policy proposals were assembled in a common document and have been submitted to EU institutions as the student contribution from European Universities to the Conference on the Future of Europe.

Involving students in the European project

Emilie Berger and Giulia Geneletti shared their impressions and their different paths to the European Student Assembly, explaining how they came to participate in the event.

Giulia Geneletti discovered the Assembly through the CIVICA website: “I got involved in the network thanks to its accessible online platform, where most of the opportunities and initiatives are posted. I initially applied as a participant to the European Student Assembly and then I was proposed to become coordinator of Panel 2 on Cybersecurity.”

As for Emilie Berger, she joined the initiative thanks to her coursework at Sciences Po and her marked interest in European Affairs: “I first became involved through a Sciences Po course on the “Future of Europe”, that I took for my concentration in European Affairs at the Paris School of International Affairs (PSIA). It is one of the flagship initiatives of the CIVICA project and the first European multi-campus course. As such it brought together students and professors from partner universities across Europe to critically explore key policy challenges facing the European Union in the coming years. I very much appreciated the pan-European approach the course took and decided to apply to get engaged with CIVICA and the European Student Assembly.”

Throughout the Assembly, students were given the opportunity to experience the intricacies of the EU decision-making process. This included a visit to the European Parliament in Strasbourg, roundtables on themes linked to student engagement in European governance, a plenary assembly to present their panel’s recommendations, which was then followed by a vote, as well as opportunities to get to know other students from across the many European alliances present at the event.

As Giulia Geneletti noted, the purpose of the European Student Assembly was to “involve young people in the definition of the priorities of the future of the Union, and to provide them with concrete opportunities to interact with each other, elaborate proposals and create institutional connections with key stakeholders and policymakers at the national and EU level.”

Indeed, this two-day event fostered inter-university exchange and discovery, ultimately allowing students to play an active role in working to define the future of the European Union.

Building the Assembly together

When it came to the work involved in preparing the panels themselves, students began the process on 13 January 2022 in an online onboarding session that included more than 250 participants. Following this meeting, the teams then met multiple times between January and March to brainstorm and develop their reflection on their given topics. At the same time, group facilitators received additional training for their roles, while student leaders like Giulia Geneletti and Emilie Berger organized the preparatory sessions on zoom, meetings with experts, and ensured coordination during the Assembly itself.

In their role as coordinators, the two Sciences Po students alluded to a deep feeling of accomplishment at seeing their efforts come to fruition at the European Student Assembly. Emilie Berger describes how it felt to submit her group’s work to the panel at the end of the Assembly: “To see months of hard work–countless zoom sessions, internal meetings and discussions with experts– come to fruition was quite special. It was wonderful to see how ambitious students were in their proposals, and how eager to work together and make the Assembly into something lasting and impactful.”

Representing the EU in “all its differences and interconnectedness”

As their experiences demonstrate, Giulia Geneletti and Emilie Berger found their time at the European Student Assembly to have been valuable on multiple levels. From the construction of pan-European student communities, to the discussion of current EU policy, to the development of their organisational and leadership skills, the two students both alluded to feeling more than ever “United in diversities”, in reference to the motto of the European Union.

Giulia Geneletti noted that the event “substantially confirmed the strong sense of belonging and representation that connects me to Europe. I think initiatives like this one do not only involve formative and democratic participation aspects, but they especially succeed in accomplishing the purpose of providing citizens with key opportunities to feel European, to discuss the fundamentals of their identity and values, and to gather to face common problems.”

Emilie Berger highlighted the importance of investing in projects of this type, emphasising “how relevant cooperation within and across Europe really is, be it between policymakers, scientists, entrepreneurs or (in our case) students. Building cohesive communities in higher education and creating more innovative formats of cooperation that span across borders–all of this does not just happen by itself. We need to invest in projects, like the European Student Assembly, that engage European youth in initiatives like the Conference on the Future of Europe and unite people that represent the EU in all its differences and interconnectedness.”

Engaging discussion for the future

Ultimately, Giulia Geneletti and Emilie Berger evoked pride in their engagement at the European Student Assembly. For them, this process held more than just theoretical and pedagogical value; it was the catalyst for vital conversations in our current era.

Giulia Geneletti evoked the importance of discussion and engagement with others: “Finding a common ground and agreement when discussing key policies and priorities for our future is not easy, but initiating the discussion is not only worth it but necessary.” Indeed, the event provided them with a framework within which to discuss and do the hard work of finding common ground between multiple perspectives.

The 90 recommendations drafted during the Inaugural session of the European Student Assembly are now accessible on the platform of the Conference on the Future of Europe. They will be discussed among other propositions and ideas submitted by European citizens.

By means of conclusion, Emilie Berger underlined the beauty of student engagement in events that have a larger impact on the European community, and thus on the world as a result. She summed it up with the following: “The students, representing so many university alliances and countries, carried out a truly remarkable exercise of democracy, and I am excited to see where we go from here.” 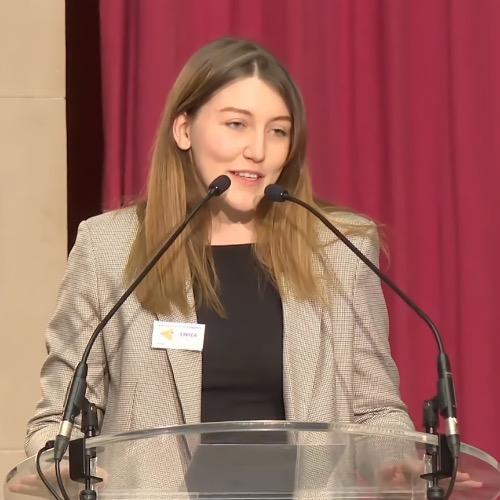 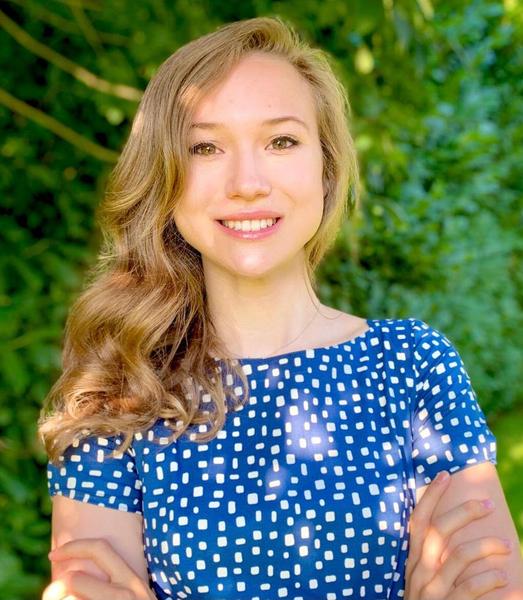