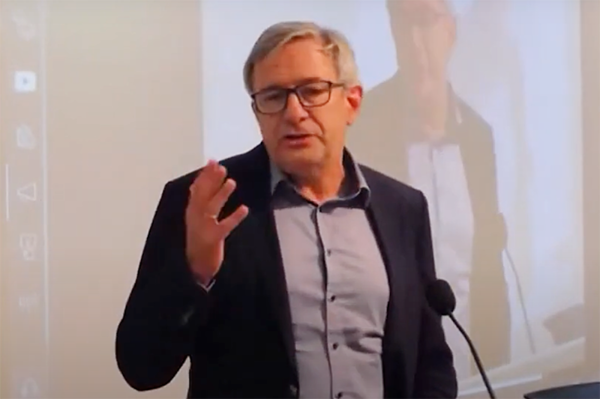 Differentiated integration and the future of Europe

What are possible and desirable scenarios for the future of the European Union? For the second installment in the Future of Europe lecture series, the Jacques Delors Centre at the Hertie School invited Professor Frank Schimmelfennig to speak in a hybrid event on "Differentiated Integration and the Future of Europe."

In his presentation, Professor Schimmelfennig explored whether, after a decade of crisis, differentiated integration is not only a pragmatic but also a desirable and effective way forward for the European Union.

The presentation was followed by a Q&A, moderated by the Director of the Jacques Delors Centre, Markus Jachtenfuchs, Professor of European and Global Governance at the Hertie School.

The CIVICA Future of Europe lecture series is financed by the German Academic Exchange Service.