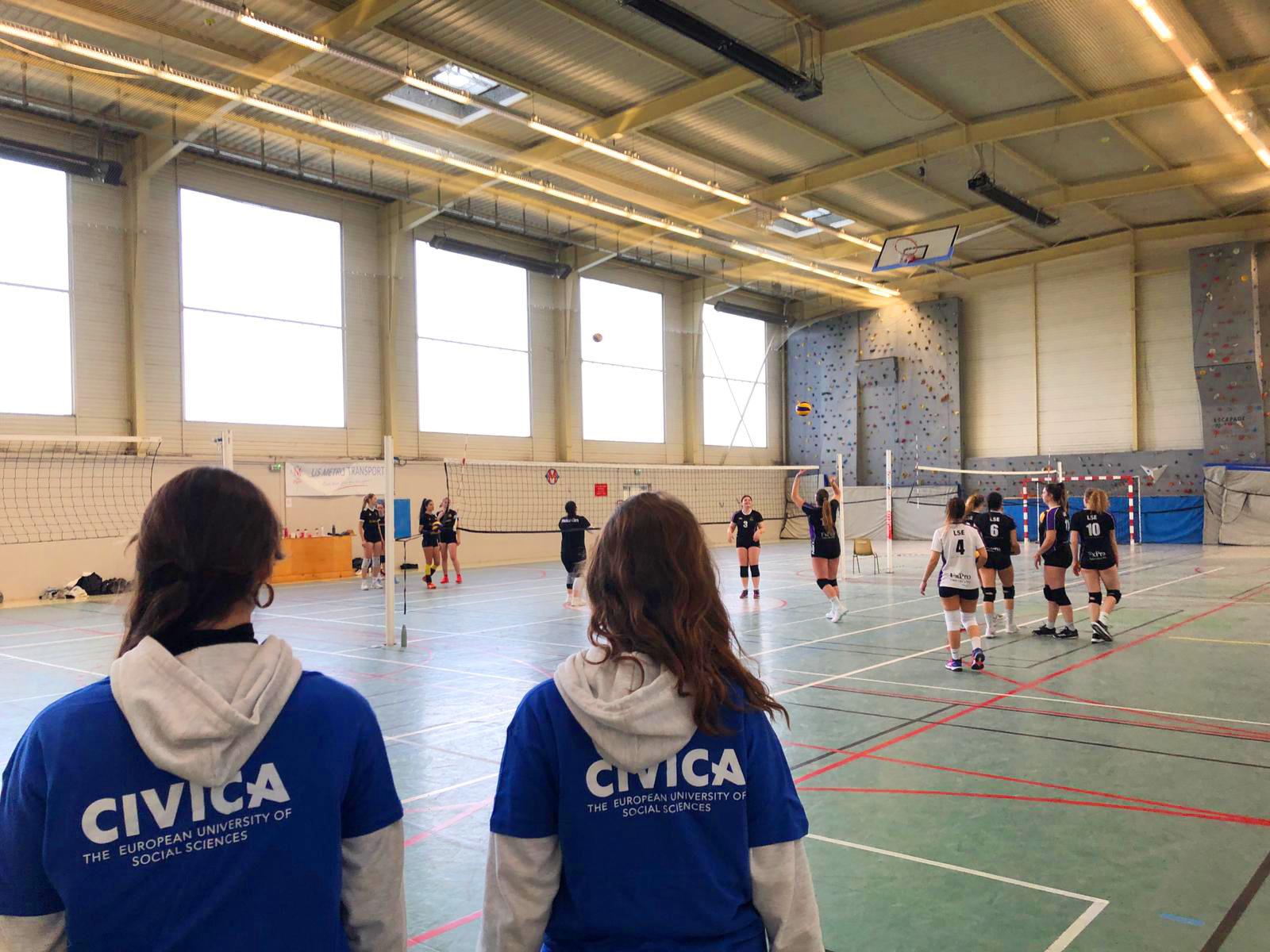 The three-day sports event organised in cooperation with the student association Les Parisiennes was a uniting experience for CIVICA students.

Between 18 and 20 February, teams of students in CIVICA blue T-shirts took over the courts of the US Métro Antony Sports Club near Paris, for a sports tournament organised in cooperation with the Sciences Po student association Les Parisiennes. The event brought together over 600 participants, including 263 students from CIVICA universities, to engage in four team sports: football, basketball, volleyball and rugby. The tournament was held in compliance with local health regulations.

With online activities being the norm in recent years, CIVICA’s participation in the tournament aimed to foster direct interaction among students. The three days of sports competitions provided the perfect occasion to create a sense of belonging and unity outside the academic context. Thanks to the local organisation of the tournament, CIVICA students also had the chance to meet Paris-based students from other universities and immerse themselves in Parisian culture.

The CIVICA participants showed their athletic prowess at the tournament. Most of the alliance teams went on to at least the semi-finals. Sciences Po teams won in either the men’s or women’s finals of all four sports. The men’s volleyball final was notably a CIVICA match: Sciences Po played and won against fellow participants from CIVICA member LSE.

“Our experience at Les Parisiennes really couldn't have been better,” shared Diego Ginés Martín, who played on the EUI men’s football team. “For three days, we could all take a break to gather with students from all over Europe, play some sports, meet new people and support our university colleagues in whatever sport they played. The atmosphere was very friendly at all times!”

Sports play a key role in the promotion of European values, as evidenced by the various sports initiatives of the European Commission, especially in the ERASMUS+ programme. CIVICA too is planning more events to promote the role of sports in the alliance. This year’s European Week, an immersive programme in the CIVICA Engage Track, will take place in June on the topic of sports and social inclusion. Students can look forward to learning more about the cultural and social values of sports, and how sports activities further unite Europeans.