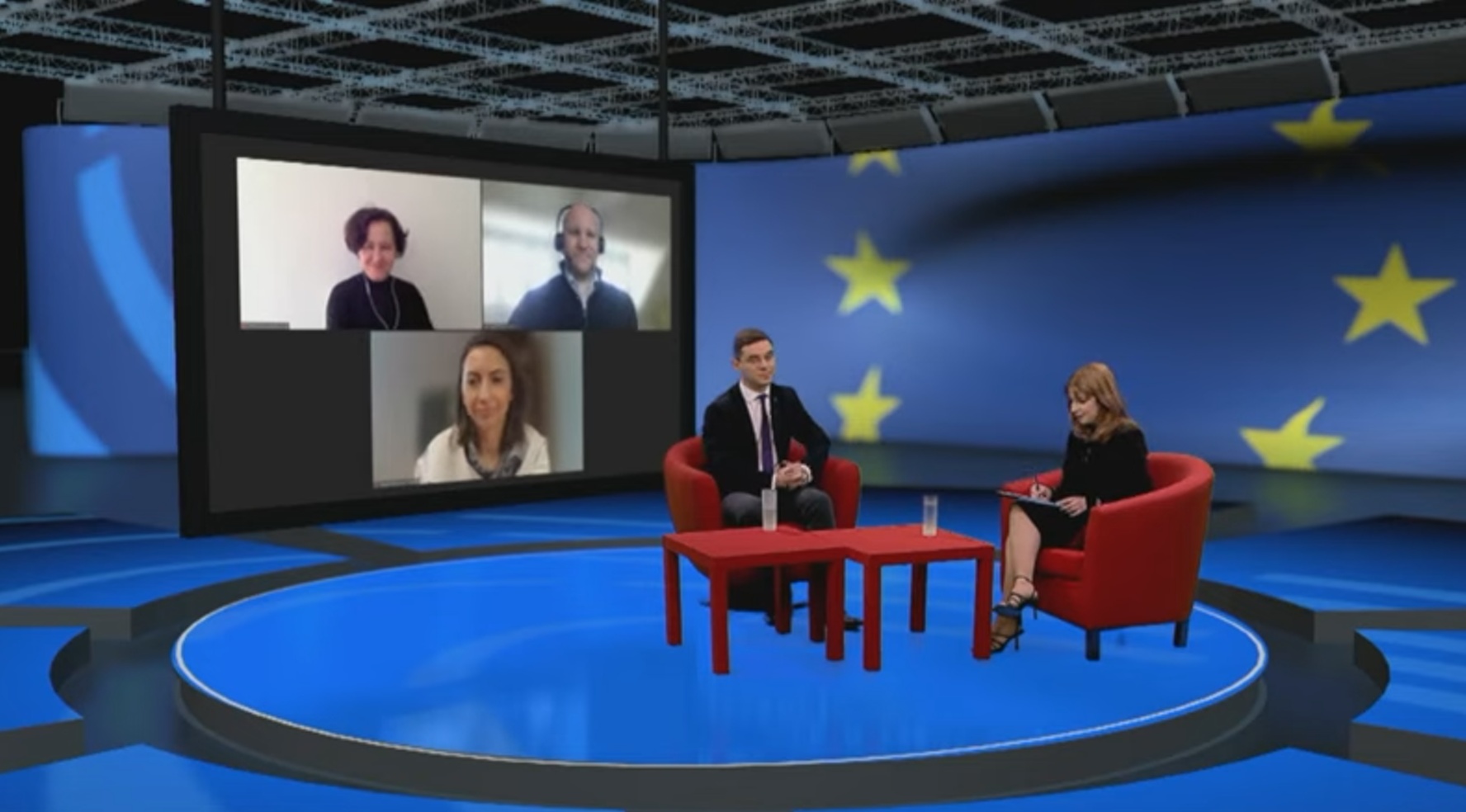 In a Romanian television show, CIVICA staff debated together with MEP key European topics and the future of universities.

Topics ranged from the impact of the war in Ukraine, to CIVICA’s achievements and vision for 2030, and to crucial issues on the agenda of the Conference on the Future of Europe.

Victor Negrescu argued that the war in Ukraine impacts the future of Europe across many areas, including education, and explained how the European Parliament is aiming to provide support to various affected groups by involving a wide range of stakeholders.

When asked about CIVICA’s vision for 2030, Frank Stadelmaier described the alliance’s strategy to build on the achievements of the current phase and deepen cooperation, while expanding the alliance from eight to ten members. Our intention is to “take up the role as a European University alliance in the full sense, for all the communities,” Stadelmaier said.

He also highlighted the active role of Sciences Po and CIVICA in fostering debates on Europe’s future, and referred to the alliance’s recent participation at the European Student Assembly. The Assembly enabled students from across Europe to contribute to European participative processes, and its conclusions were submitted to the Conference on the Future of Europe.

Monica Jităreanu gave a detailed overview of CIVICA, highlighting the diversity and extent of its activities in education, research, and outreach. She argued that this wide integration across many fields is the key feature that separates the alliance from other forms of higher education partnerships. Jităreanu also reiterated CIVICA’s focus and desire to further develop initiatives for students, researchers, and staff, offering them unique opportunities to connect across universities and to exchange expertise in a European network.

An expert in European integration, Ioana Melenciuc explained how the two current extreme challenges for Europe – the pandemic and the war in Ukraine – are shifting the debate around the construction of the EU. She argued that building a stronger European Union needs to consider the identity of European citizens.

You can watch the full discussion below.