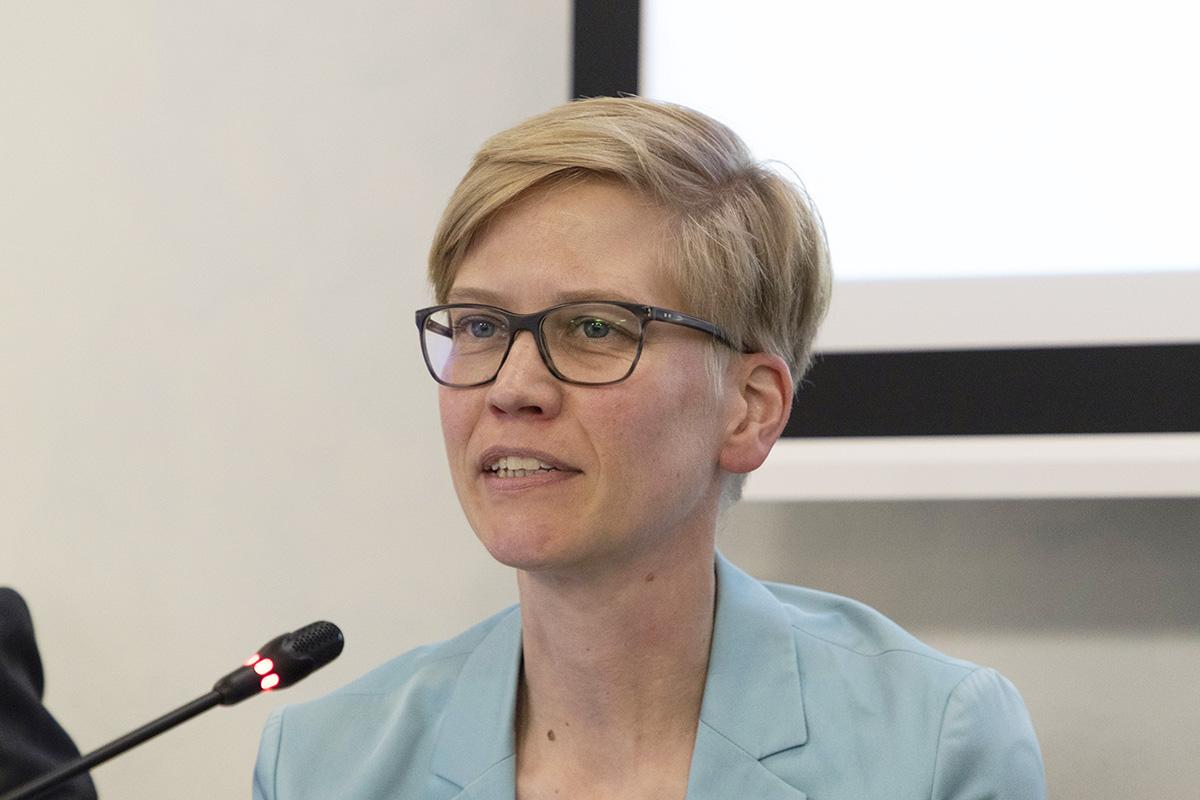 Training for early career researchers and the promotion of exchanges among them are the main objectives of CIVICA's work package five, led by the European University Institute (EUI). The initiative highlights the importance of creating connections beyond national and institutional borders.

Building these bridges is among the aims and challenges that lie at the heart of CIVICA. These are challenges Professor Corinna Unger knows well.

Corinna Unger is Professor of 19th and 20th Century Global and Colonial History in the EUI’s Department of History as well as a faculty member at the EUI’s School of Transnational Governance. She coordinates the activities of CIVICA’s work package five, which aims to provide cross-national, interdisciplinary training for doctoral and postdoctoral researchers.

The EUI and CIVICA partners are working to create institutional channels that will enable researchers to connect across the alliance. “Research benefits from having as many different perspectives as possible,” says Unger, referring to the interdisciplinary nature of the research that will be fostered by CIVICA.

Adapting to the COVID-19 situation

The COVID-19 pandemic has changed what this collaboration looks like.

“The original idea was to focus on mobility, for example by encouraging researchers to spend a semester in partner universities,” says Professor Unger. The pandemic forced CIVICA to change course, at least momentarily, launching into a largely digital exchange programme. Members of the academic alliance have started making courses digitally available, allowing researchers to forge professional and personal connections. The possibilities are wide-ranging, from liaising with peers abroad with similar research interests, to finding professors who could act as external advisors or answer specific research questions.

However, working on communication between institutions is a delicate balancing act, requiring sensitivity to the particularities of national institutions and the need to collaborate for research.

One barrier can be the increasing reliance on technology. “If we are moving online, we assume that there will be a fast and stable internet connection, but we have to keep in mind that this isn’t the case at all times and in all places.” Technological differences are only one of the barriers. Different cultural modes of participating in online debates can pose an additional challenge. “It is a matter of how to make digital spaces open, transparent and accessible to a large number of people,” says Professor Unger, “and actively address the problems of digitalisation of intellectual life.”

Luckily, there is strength in numbers. The variety within the CIVICA alliance encourages institutions to discuss the inequalities that keep people, universities and regions from fully joining debates. “We want it to be democratic,” Unger said, “addressing those structural issues that we might not see.” Openly addressing issues such as gender or class inequality provides institutions with the chance to learn from each other, and opens up new strategies for increasing diversity.

Cross-border research has long been recognised as an instrument fostering European integration. As Unger’s research on the European Science Foundation explains, trans-regional, trans-imperial and transnational networks of scientific exchange have long existed in Europe.

Though initially independent, these efforts started gaining governmental support in the aftermath of World War I, as scientific research was seen as a way to aid reconstruction and boost international visibility. These international connections found a new lease on life in the 1950s, after the disruption caused by World War II. The decade saw the birth of the European Coal and Steel Community (ECSC), the European Atomic Energy Community (EURATOM) and the European Economic Community. Energy became the focal point of these collaborations.

However, the social and economic challenges of the 1960s and 1970s led to a perceived “crisis of Europe.” In response, EC Commissioner Altiero Spinelli proposed the creation of the European Science Foundation (ESF) to promote cooperation between scientists in Europe. Established in 1974, the aim of the ESF was to make scientific research more efficient and to make Europe more competitive internationally.

However, while CIVICA is also known as The European University of Social Sciences, Professor Unger warns against too strong an analogy to the 1970s.

“There are similarities,” Professor Unger explains, “in the sense that CIVICA is a European project that emphasizes the sharing of resources and the active incorporation of a larger number of people and organizations.” Yet the establishment of the European Science Foundation was a very particular project that grew out of the economic and political circumstances of the time, and it was informed by a normative understanding of European integration.

This understanding has changed much over the course of the past decades, as has our understanding of Europe, what it should and what it could be.

The answers to these questions may well be the future of CIVICA research.