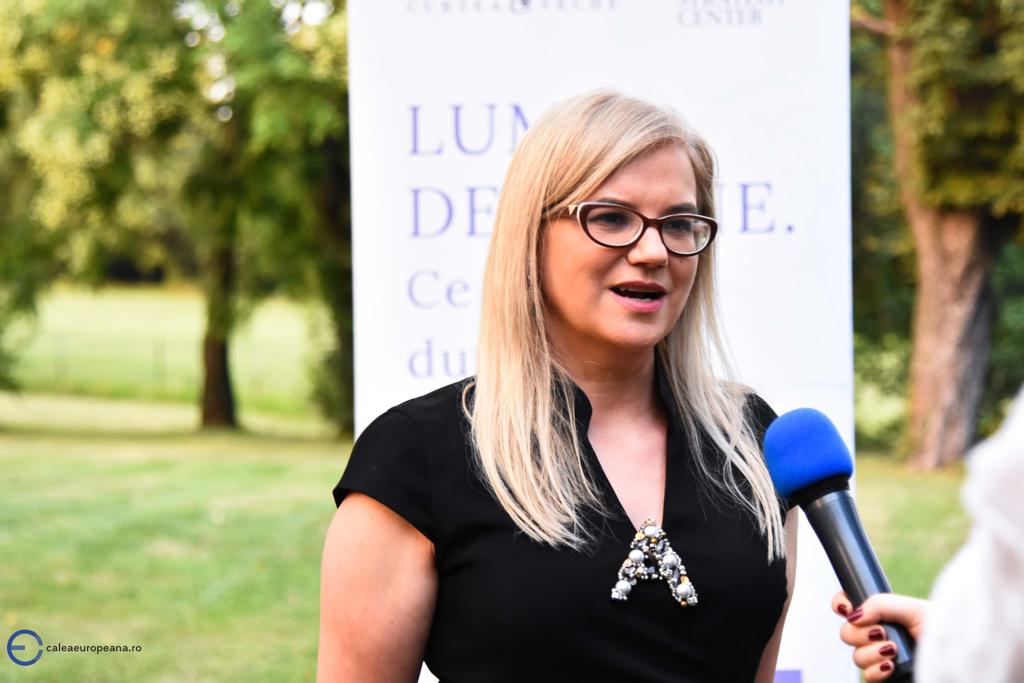 Fake news has made the headlines of real news for a while now, ironically becoming a topic in its own right. Disinformation assaults us like hailstorms or strong winds. How can we efficiently build trust in times of the fake news phenomenon?

How does this affect higher education values? And how can universities address this issue for the future?

These crucial questions are at the core of the CIVICA Public Lecture Tours d’Europe that SNSPA plans to host in Spring 2022. SNSPA chose this topic to create a knowledge toolbox for the broader public, local and international. Knowledge is the necessary first half of the battle against fake news.

Dr Alina Bârgăoanu, you are a Romanian communication scholar with a strong interest in digital transformation, strategic communication, and fighting disinformation. What makes a news story fake?

Fake news is an umbrella term that has been used to refer to a broad spectrum of information disorders, covering a continuum from “false, true and anything in between”, from misinformation to external enemy propaganda, and sometimes even with references to clickbait-y and satirical content.

That is why the rather fashionable term “fake news” is replaced in research with that of disinformation. There is an accompanying distinction between:

I prefer the term of disinformation while keeping in mind that the qualifier “fake” draws our attention to the fact that the power of disinformation and its products is derived from their capacity to mimic legitimate concerns very closely, and even mimic the shape and morphology of legitimate, factual news.

But is disinformation a new phenomenon?

Disinformation 2.0 is consubstantial with the explosion of digital technologies, which allows for the massive instantaneous dissemination of multiple contradictory narratives to create „information overload” / „information fatigue”. The main goal of contemporary disinformation endeavours is not necessarily to convince the targeted publics of something, but to strategically shape public discourse, create confusion, sow distrust and create an emotional environment where people no longer care about facts, they disregard them (what J. Kavanagh and M. D. Rich call „truth decay”).

Understanding the new phenomenon of disinformation 2.0 as interfering both with content (along the true – false continuum) and with its amplification (organic, i.e. done by humans and inauthentic, i.e. done by machines) becomes an essential skill for navigating today’s information environment as a responsible citizen.

Why are we so profoundly noticing this now? Why is fake news attracting so much attention in our society? Is it something like a tribute that we have to pay to an interconnected world? Where do we have to look for solutions to the fake news problem?

You are right in pinpointing that the topic of fake news has attracted a lot of attention for the past few years. As we all know, the term was brought into the global spotlight by a former US President, who used it with the meaning of negative/hostile/unflattering media coverage („CNN, you are fake news!”). That is one reason why, in light of structural changes to the recent information ecosystem, most research prefers less politically charged terms, such as disinformation, information disorder, information chaos.

Disinformation 2.0 thrives in a transnational information ecosystem, driven by digital platforms, big data, algorithms, and increasingly by machine learning and Artificial Intelligence. It takes place in an environment where traditional distinctions between external and internal boundaries, between war and peace, between reality and hyper-reality/virtuality can hardly hold.

The new, technology-enabled disinformation campaigns weaponise both information (creating an information-rich ecosystem where for each fact there is a plausible counter-fact, for each narrative, a plausible counter-narrative) and our digital behaviour/fingerprint (using our data and our previous digital behaviour to feed us only with hyper-personalised, bias-confirming content). Based on each user's digital fingerprint, recommendation algorithms prioritise the more familiar post to platform users while driving information based on popularity, or likelihood of engagement, rather than accuracy, facts or public interest.

Therefore, we are looking at a complex phenomenon which - while exploiting our old cognitive biases, our mental shortcuts in dealing with information, our shorter attention span, our predisposition to give in to group pressure - is enabled, on a massive, industrial scale, by technology (tools, technologies and dominant practices for big data-driven amplification, algorithmic engagement, precision segmentation, micro-targeting, psychographics profiling, computational persuasion).

At the same time, despite being a phenomenon deeply rooted in technology, its resolution is not only technological, but social, economic and political at the same time.

There are different categories of responses, among which the most prominent ones are:

No matter the timing, the intensity or the combination of these possible responses, they should be supported by the understanding that contemporary disinformation is a content fraud (blurring the distinctions between facts and pseudo-facts) and a user engagement fraud, which can be amplified by resorting to big data, algorithms and artificial means.

Speaking about fake news is, in fact, a discussion on how we can practically build trust in times of mistrust. Is it about developing critical thinking?

Their primary goal is to deploy cognitive war, to attack a society’s capacity to act on a shared epistemology, on a shared reality, to create an emotional environment where everybody can feel entitled to their facts.

As I have already underlined, the major casualty of contemporary disinformation campaigns is not so much truth as trust. Trust in institutions (not in particular institutions, but in the idea of institutions), trust in formerly respected sources of facts, knowledge and expertise (such as academia or the scientific community or mainstream media, for that matter), or trust in the possibility of rational debate and a fact-based political and public life.

Critical thinking helps, and universities should be at the forefront of developing critical thinking curricula in line with the changes in digital environments and with the new learning habits of younger generations. Simultaneously, focusing on critical thinking skills covers only one half of the problem, that of the age-old cognitive biases that I briefly referred to.

What is needed is a whole-of-society approach, in which thought leaders, decision-makers, educators, platforms’ representatives, among others, should sit together at the table to see what to do with the unleashed power of the Internet, algorithms, big data technologies and with the new information ecosystem that these have enabled.