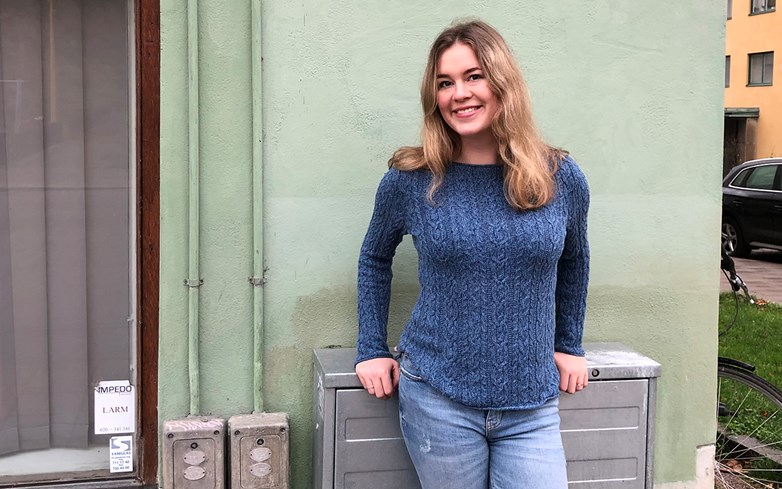 SSE undergrad Hilda Hardell, panellist at the upcoming CIVICA conference on 3 June, on why it is important to involve students in the debate on digitalisation in higher education.

On June 3 CIVICA will host an online dissemination conference where policymakers, theorists, practitioners, and students will come together to reflect on the impact of the digital transformation on the present and future of universities. One of the panellists is Hilda Hardell who is a third-year BSc student at SSE, the only student participating live along with professors and presidents from the fellow universities.

”It feels very exciting and I am so grateful that I can take part in the CIVICA conference. It’s such an interesting and skilled group of people I will interact with in the panel. I don’t feel nervous about being the only student participating live, on the contrary I find it important that I can contribute with a student perspective to the debate. Student involvement is something which SSE highly prioritises to include in its operations and decision-making processes. It is fantastic to see that the CIVICA alliance represents the students’ point of view and that SSE values our perspective”, says Hilda.

One of the goals with the conference is to share the lessons learned while collaborating on innovative educational approaches and tools for the benefit of the local, national and European context, especially in a time when higher education is crucial to helping our continent navigate current and future challenges. The conference will take place entirely online, and, since the theme is digital transformation, Hilda thinks that the online format serves the purpose of stating that even conferences like this are possible online.

“Many people will have the opportunity to attend, who wouldn’t have had the possibility if it wasn’t given in an online format. That is one of the positive aspects of digitalisation, along with the sustainable impact, no one needs to travel to take part in the conference. The social interaction before and after the conference won’t be the same of course, but the preparations behind the scenes aim to familiarise the panelists with one another”, says Hilda.

The conference is open to the entire CIVICA community and the public at large, and Hilda is hoping for a big audience since all universities and educations are affected by digitalisation. The audience will also have the opportunity to engage in the moderated debate.

“I think we can contribute with valuable input and perspectives for a broad crowd. One of the issues we will discuss is the challenges of digitalisation in education and how we can overcome them. The student’s perspective will be of great importance there, and, as a former chairwoman of the education committee at the SSE student union, I will have plenty of input to share”, says Hilda.

Are you interested in joining the CIVICA conference? Register here>>