The 2022 CIVICA Summer School at Villa Vigoni gathered early career researchers across the social sciences and humanities for an interdisciplinary reflection on how crises and their aftermaths shape our understanding of the European Union.

Surrounded by the charming scenery of Villa Vigoni on the shores of Lake Como in Italy, the CIVICA Summer School on ‘Reconstructing Europe after Crises’ hosted 26 participants from across the network, including 13 early stage researchers. Held on 11-15 July, it offered a mix of guest lectures, doctoral researcher presentations, and group discussions.

"I didn’t know what to expect from this experience at the start, but I can now really see the added value of such CIVICA cooperation" said Robin Huguenot-Noël, doctoral researcher at the European University Institute’s (EUI) Department of Political and Social Sciences, and participant at the Summer School.

One of the greatest assets of this kind of event, he mentioned, is the environment they create for fruitful interdisciplinary exchanges. "I could engage with lawyers from Bocconi University, with people working on political psychology from the Hertie School, economists from Stockholm, and fellow political economists from Sciences Po. Exchanges were genuinely fascinating on the professional level, but also on the human dimension."

Indeed, scholars from across the social sciences, including political science, international relations, sociology, and economics, and the humanities, including law, history, and philosophy, participated in the Summer School. The programme aimed to promote interdisciplinary debate through formal and informal discussions on the re-building of Europe after crises – a topic that is quite familiar to Robin.

He has recently published a book co-written with his supervisor, EUI Director of Research and Professor at the Department of Political and Social Sciences, Anton Hemerijck, that investigates how new social contracts in Europe have evolved as a result of crises. At the Summer School, Robin presented a paper on EU employment policy and social citizenship, which draws light to the new role taken up by the EU in providing social rights to its citizens.

"The CIVICA Summer School on ‘Reconstructing Europe after Crisis’ is a unique opportunity for early stage researchers from CIVICA universities to get to know each other, to present their research projects and receive feedback from their peers and CIVICA faculty, and to learn about new approaches and methods in an interdisciplinary – and beautiful – setting," said Corinna Unger, Professor at the Department of History of the European University Institute (EUI) and one of the convenors of the CIVICA Summer School.

Another focal point of the Summer School was the creation of a social space for in presence discussions and academic debate - something that is all the more precious considering the impact that the COVID-19 pandemic had on interactions between academics.

"In person conferences are an opportunity for human connection," noted Robin. "From the pandemic and its fallback, to the war in Ukraine, which was on everybody’s mind, we exchanged perspectives as we try to find ways to better understand the situation, find a common ground, and make our own research somewhat contribute to the bigger picture."

Even for those who could not participate in person, like doctoral researcher in the EUI History Department, Maria Sole Barbieri, the Summer School represented a valuable experience. "The Summer School gave me a lot of useful inputs, not only on my research, but other related topics, as well as completely different ones. This enriched my knowledge on Europe’s current situation."

Despite not being able to be there with her colleagues, Maria Sole was grateful for the experience. "For sure, the biggest takeaway was to find a vibrant academic community and creating a network of people willing to help and discuss," she said.

In addition to presentations and debates among early stage researchers, the Summer School also featured a keynote speech by Professor Viola Priesemann, Research Leader at the Max Planck Institute for Dynamics and Self-Organization, University of Göttingen. 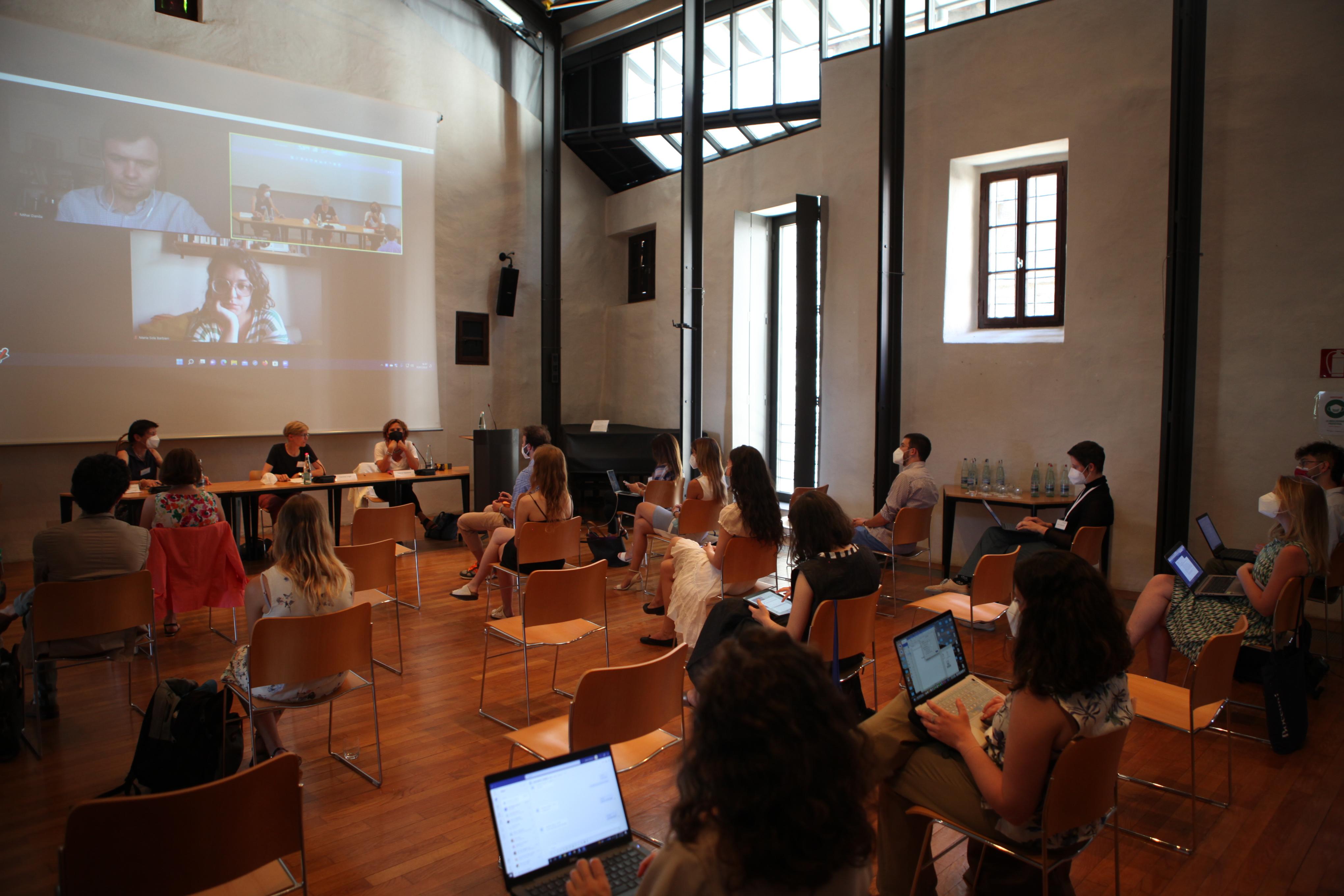