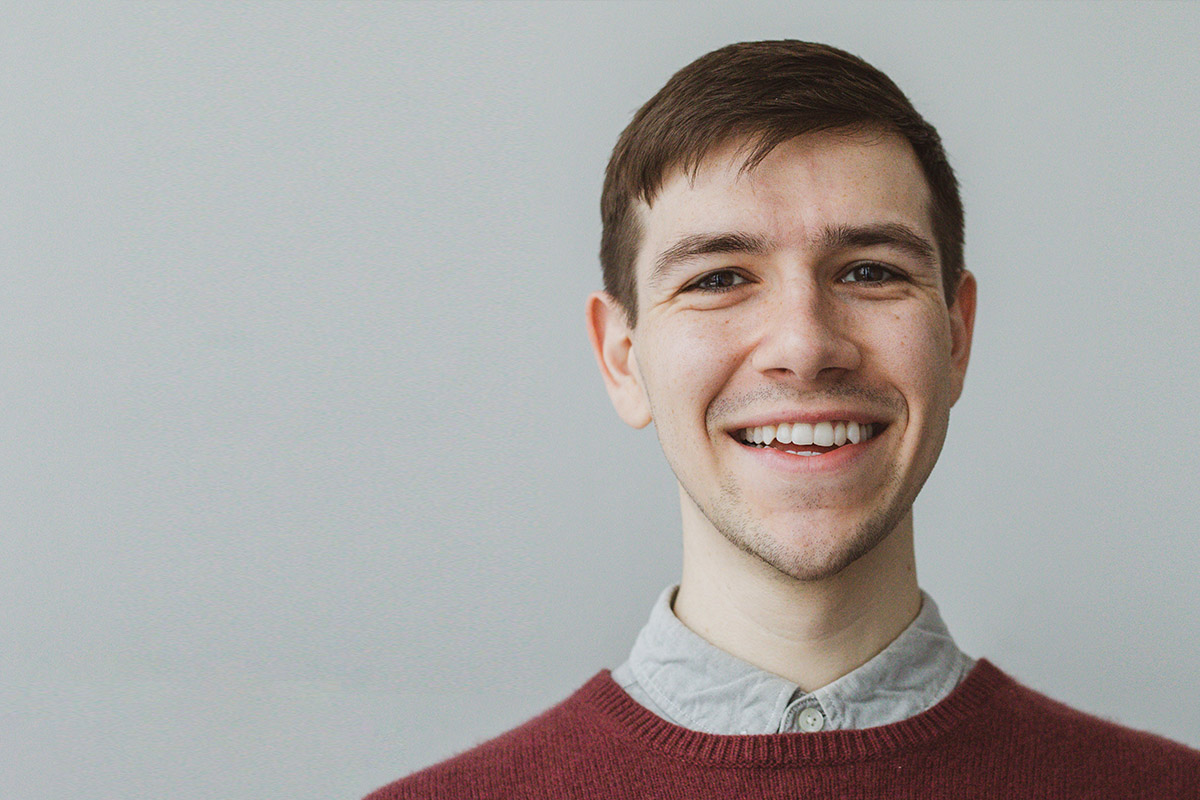 An expanded role for higher ed in European integration?

Andy Butler wrote his master’s thesis at the Hertie School on the European Commission’s European Universities initiative, launched in 2019. CIVICA – The European University of Social Sciences was one of 17 new academic alliances the Commission selected for an initial three years of funding. Through cooperation across languages, borders and disciplines, the initiative seeks to contribute to the emergence of a European educational area. Butler, a Class of 2020 MPP graduate, researched how the European Universities concept is a departure from previous initiatives. Ellen Thalman, the Hertie School’s in-house journalist, recently spoke with Andy about what he discovered.

What got you interested in the European Universities initiative?

In my first year I took a policy process course on the knowledge economy with Hertie School professor Lukas Graf. We discussed education in the European context and the open method of coordination, so I became familiarised with how European-level policymaking was done. That’s what really got me interested. When CIVICA was announced, people were saying it was a flagship project, calling it novel and really impactful, so I was keen to understand more about it. I was doing my summer internship at a social entrepreneurship innovation lab at the time and my work was constantly examining collaboration, innovation, and change management. I became curious to understand what collaborative innovation at the EU level might entail for education policy.

What did you want to find out exactly with your thesis project?

There were really two points: is this a Europeanising initiative, meaning does it cause universities to adapt to a European centre of power, and, if so, is the European Union acting in a capacity beyond its usual coordinating function in education? Are they actually being active in a more substantive way, rather than just coordinating and giving funds as in other education projects?

How did you go about exploring this question?

I conducted interviews with two networks in the European Universities initiative, which consisted of smaller schools that had fewer student bodies and faculty numbers for comparison. I asked questions to understand their motivation and what administrative changes they made to implement the project. They were all highly involved in the initiative – from project managers to rectors. I also examined government documents and interest group publications to get a sense of the other players and the flow of influence.

So what did you find? What set this new initiative apart from other projects?

What I found was that money wasn't the key factor for these schools. What really resonated with all of them was the idea that European universities need to do more work on the wicked problems the world is facing now. They identified with this. And they picked up that thread, and then each created their own narrative through their project. When I was talking to them you could almost see these new identities taking shape; new structures were being created, such as new committees and management boards – in some cases, they were quite comprehensive. One network I spoke with envisioned themselves becoming something like what we would call a state university system in the US – so one university with multiple locations. They imagined a more comprehensive university network. In other cases they were really focused on doing common work, but still saw each other as mostly separate. So there was a bit of variety in there. But really, what I saw was a strong conviction on behalf of everyone.

So what do you feel that your research contributed to the conversation about these universities?

This initiative only really started in the last year or so. The European Union right now is testing university models, so the question is, when they come to a review process, who's going to be held up as a role model? And what will these standards mean? Because I think implied in that is a version of what's “excellent.” One person I spoke with told me that, before, programmes like this would have been part of the international office, whereas now, it's much broader – it’s staff, faculty, research and student exchanges, it's working at every level on joint events, networked courses, and so on.

I think what I found most interesting is that a lot of the challenges the European Union has faced in realising a vision of European Education Area are becoming embedded in these networks. That was the interesting area for me, because that's what is unclear – what role does the European Union have if universities can’t overcome problems alone? Are they just there facilitating, giving out funds and coordinating, or are they more active in the policy process now? I think that's the thing to look out for over time.

So based on your research, can we say is this a Europeanising project?

I contend that it is. The EU presented a project with broad appeal to universities and legitimised existing institutional goals. In return, the quick buy-in of prestigious universities also helped to legitimise the EU’s policy and action. By taking part, networks are tasked with creating transnational narratives and identities. While this begins as a bottom-up approach, new transnational structures are built to help manage these networks, which can take on a life of their own. Some universities are already encountering problems in implementation and are looking to a European centre for solutions. Ultimately, institutional considerations move beyond borders, and these considerations reverberate through the minds of various institutional actors due to how intensive and encompassing their network is. The groundwork for change was coordinated, but time will demonstrate the lasting impact of this initiative.