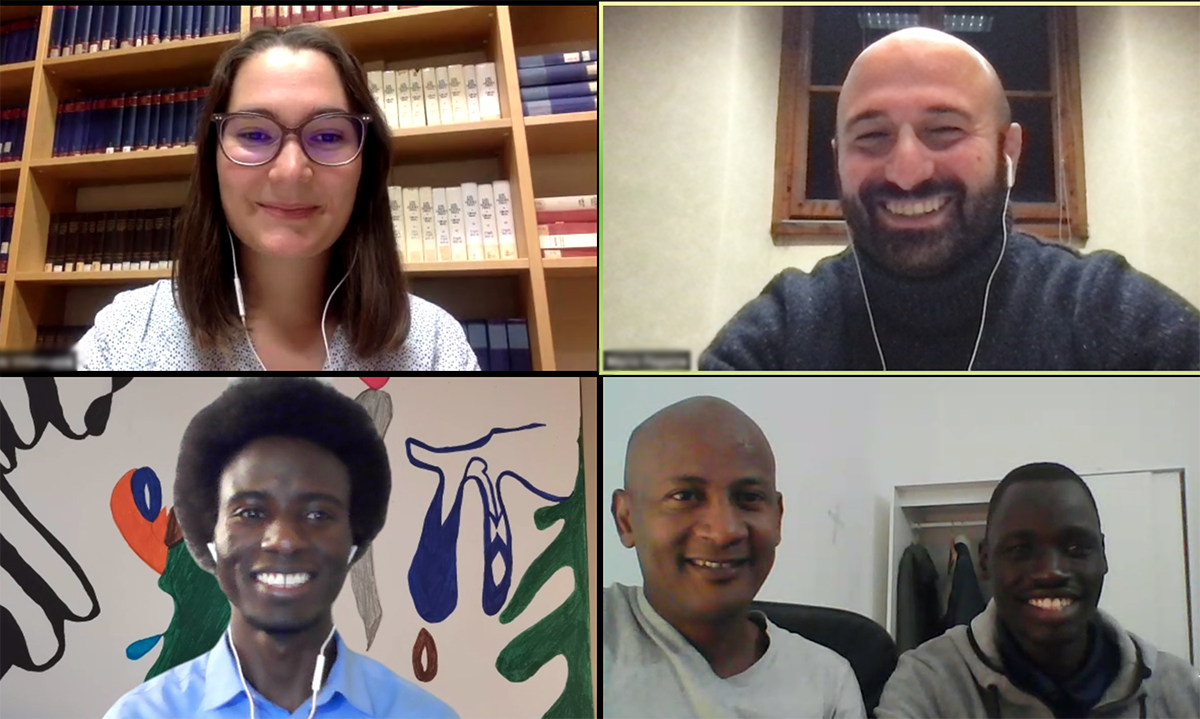 A commitment to inclusiveness

The EUI and CIVICA take action to support diversity in European universities.

Outreach and civic engagement are explicit goals for CIVICA member institutions, as is the commitment to inclusiveness across the alliance’s campuses. This November, researchers from the European University Institute (EUI) organised a workshop to support and create solidarity among a very vulnerable population: refugees studying at European universities.

On 8 November, Aurélie Villanueva and Mario Pagano, PhD candidates in Law at the EUI, coordinated an online workshop under the CIVICA alliance’s civic engagement work package (WP7), engaging the participation of refugees enrolled at the European University Institute, Sciences Po, and the University of Cagliari. While the students in Italy arrived through the UN’s ‘University Corridors’ initiative (UNICORE), of which the EUI is a partner, the student studying in France is affiliated with Sciences Po’s Professional Certificate for Young Refugees. All the students originate from East African countries.

The informal workshop was held in English, and the aim of the organisers was to create a space where the students could express themselves and share their experiences with students in similar situations.

“The students, enrolled in different universities in Europe, bonded immediately when they discovered they were from the same region in Africa. They have much in common: they have endured similar difficulties, they have started study for the first time, in Europe, and they are all full of hopes for the future,” explains workshop coordinator Aurélie Villanueva.

Dreams of giving back

The workshop was a journey into the participants’ personal stories and everyday lives, and it gave them a chance to express both worries and aspirations in a supportive environment. Some of the students said they would like to have more confidence as a "superpower," while others voiced their dream to become ambassadors and make the Horn of Africa a more politically stable area.

Working in the areas of peacekeeping and humanitarian aid was also mentioned by the students when talking about their future career development. Despite the hurdles and difficulties they face (mainly due to the novelty of diving into new educational systems), the students clearly communicated their motivation and determination to pursue their personal and professional goals.

The workshop also served to propose the "CIVICA for all" platform to the students. Now under development by CIVICA partners under WP7, its objective is to provide a digital social platform where refugee students of the CIVICA institutions will be able connect.

Written by the EUI