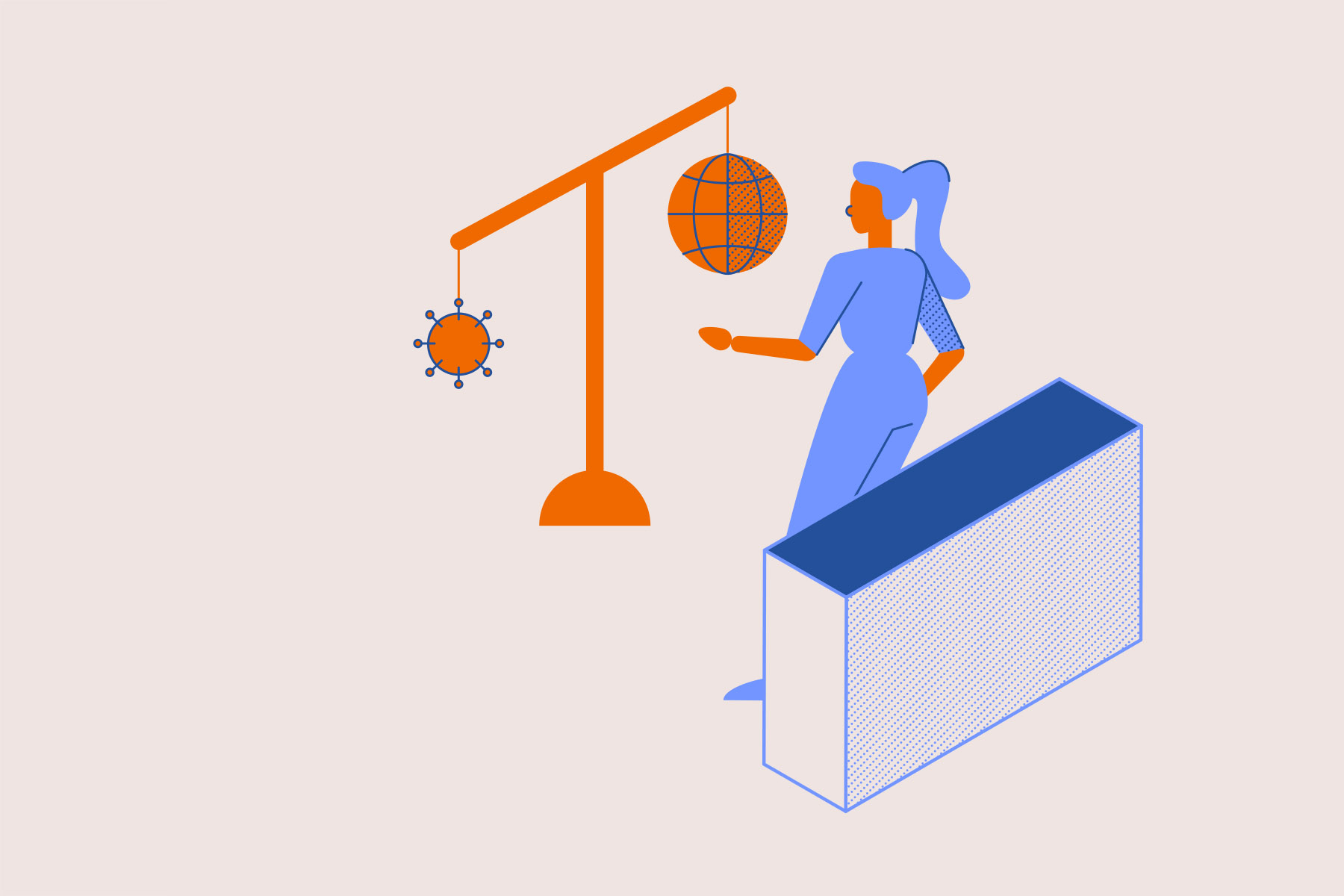 Democracy in the Time of Pandemic

Short presentations by each speaker will be followed by a roundtable discussion and a Q&A with the audience.

In the CIVICA Public Lecture Series Tours d'Europe, researchers from CIVICA member universities present their recent findings and interrogations on timely topics to the general public. The series aims to strengthen citizens' knowledge base and to facilitate a direct dialogue between social science researchers and the wider society.

The authority of science and knowledge and the authority of majority rule have always been competing principles of legitimacy in democracy. In a pandemic, this conflict has become acute. Science advocates strict lockdown, mass testing regimes, mask wearing and social distance. Majorities resent the infringement of liberty and consent with reluctance. In some democracies, for example, the US, this conflict has become acute, with a President directly challenging the authority of science in the name of ’the people’. In the anti-vaccine movements in the US and other countries, citizens portray the scientific consensus on the necessity of inoculation as a conspiracy. These and other conflicts have raised deep questions about the authority of science and knowledge more generally in the emerging era of ‘populist’ democracy.

Michael Ignatieff is Rector of Central European University in Budapest and Vienna. He is a Canadian historian, writer and former politician. An international commentator on contemporary issues of democracy, human rights, and governance and a Canadian citizen, Ignatieff is also an award-winning writer, teacher, former politician, and historian with a deep knowledge of Central and Eastern Europe. He has held academic posts at Kings College, Cambridge, the University of Toronto and the University of British Columbia. He served in the Canadian Parliament and was Leader of the Liberal Party.

In response to the COVID-19 pandemic governments have prohibited public gatherings, closed borders and restricted individual movement to contain the spread of the virus. Such measures have sound public health foundations but could also erode liberal democratic institutions and norms. This raises possible concerns about the future of liberal democracy. To shed light on this, I will present recent evidence from survey experiments conducted in the UK and the US, two of the world's oldest democracies, to answer two questions: (1) Are some civil liberties more likely to be traded by the public for a sense of security than others? (2) Are some individuals more likely to support extreme encroachments on civil liberties to give the state a free hand in fighting the pandemic?

Catherine E. De Vries is Dean of Diversity & Inclusion and Professor of Political Science at Bocconi University. She is also affiliated to the Vrije Universiteit Amsterdam and Nuffield College Oxford. De Vries is a political scientist who examines some of the key challenges facing the European continent today, such as Euroscepticism, political fragmentation, migration and corruption. She has published three books on European politics with Oxford and Princeton University Press and dozens of research articles.

The COVID-19 pandemic has revealed to some extent how complex and uncertain are public decisions to handle the crisis. Most countries were forced to implement containment measures, some of them more stringent than others. Citizens’ reactions raised some democratic issues to which the social sciences are legitimate to provide preliminary responses. First, a substantial and systematic gender gap appeared in the compliance with containment measures, as women are more compliant than men. Second, whatever the degree of stringency of lockdown policies over time, trustworthy people are less willing to comply with general containment measures. On the other hand, higher trust in the government and scientists is also associated with higher support. Third, social and political trust acts as a powerful driver to higher adhesion to vaccination.

Martial Foucault is full Professor of Political Science at Sciences Po and Director of the CEVIPOF (CNRS Research Center in Political Science). Before joining Sciences Po in 2013, he was Associate Professor at the University of Montreal, director of the European Union Centre of Excellence (University of Montreal/McGill University) and research fellow at the Robert Schuman Centre for Advanced Studies within EUI (Italy). His research covers political economy, political behavior, political psychology and methods, and was published in various journals.

Andrés Velasco: Populists Versus Liberal Democrats in a Post-Pandemic World

Populist governments have mostly mishandled the pandemic response. Will they pay at the polls for this failure? If politics continues to be dominated by post-truths, such an outcome is far from certain.

Andrés Velasco is Professor of Public Policy and Dean of the School of Public Policy at the London School of Economics and Political Science. Among others, he was a member of the G20 Eminent Persons Group, a member of the Global Oceans Commission, and the Minister of Finance of Chile. He has held teaching appointments at the School of International and Public Affairs, Columbia University; the Harvard Kennedy School; and the Center for Latin American and Caribbean Studies at New York University. He is the author of nearly one hundred academic articles, several academic books and two novels. He has served as a consultant to governments, central banks and private businesses around the world.

Krisztina Bombera, JD is a broadcast anchor, producer, international correspondent and owner of the CauseArt Platform, a value-advocacy agency. A lawyer by training, Krisztina has been a Hungarian television producer and show host for more than 20 years. She has conducted interviews with international guests for Hungarian audiences, with a focus on topics such as democracy, human rights or leadership responsibilities.

This event is part of the CIVICA Public Lecture Series Tours d’Europe. CIVICA brings together eight leading European higher education institutions in the social sciences to mobilise and share knowledge as a public good and to facilitate civic responsibility in Europe and beyond. CIVICA was selected by the European Commission as one of the pilot European Universities under Erasmus+.