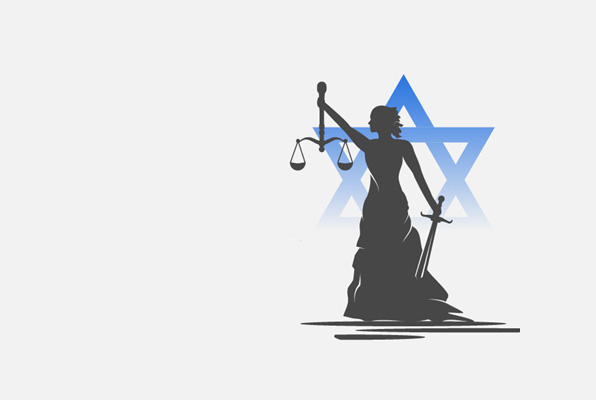 When the Law is Silent: Hate Crime Prosecution and Implicit Bias in Law Enforcement Agencies

This CIVICA Research project aims to investigate the prosecution of hate crimes in Romania, Bulgaria and Germany, with a specific focus on antisemitism, by looking into intrinsic motivations among the police and the judiciary. It also examines the structural patterns of implicit bias and the reasons why they remain silent and undetected – among country-wide surveys, and NGO or anti-discrimination groups and institutions’ activities.

The driving research questions are:

The aim of the project is to account for different ways in which implicit bias among the police and the judiciary can reveal either an undetected antisemitism or a spike in anti-Semitic violence. The main case study is represented by Romania, considering the period after 2015 to today. At the same time, by employing the method of asymmetrical comparison, the cases of Bulgaria and Germany will be considered as well.

One of the main objectives of the research is to first identify patterns of implicit bias among the judiciary and then assess their role in how individual files are legally instrumented. This will allow the team of researchers to examine the wider individual, institutional and societal markers that can account for bias and prejudice among law enforcement agencies and personnel.

Finally, the end results will be used to situate patterns of implicit bias into the wider matrix of the political order in Romania, Bulgaria and Germany, and formulate preliminary hypotheses for other European countries as well, by discussing issues of minority status and integration issues. In this way, the assesments will situate the research into the wider agenda of democratic backsliding literature and issues of social hierarchy, violence and oppression.

H.E. Dan-Andrei Muraru is The Ambassador of Romania to the United States of America. Andrei Muraru (born 1982) holds a PhD in History (2011) from the University “Alexandru Ioan Cuza” in Iași, as well as an MA (2007) and BA (2005) in History from the same university.

He had worked at the Institute for the Investigation of Communist Crimes and the Memory of the Romanian Exile (IICCMER) – a governmental agency coordinated by the Romanian PM – since its foundation (2006), holding different offices, from expert-researcher to Executive President (2012-2014). Between July and December 2014, he was personal advisor to the President of the National Liberal Party, Klaus Iohannis. Between 2014 and 2021, Andrei Muraru was Senior Advisor to the President of Romania, Klaus Iohannis.

He is a university lecturer at the National University of Political Studies and Public Administration (Department of International Relations and European Integration) and scientific researcher III at The Elie Wiesel National Institute for the Study of the Holocaust in Romania. He was an Erasmus-Socrates student at Aristotle University of Thessaloniki (2004-2005), as well as a Doctoral Fellow at New Europe College (2009-2010) and at the United States Holocaust Memorial Museum (2010-2011).

Prof. Dr. Nadège Ragaru is Research Professor in history and political sociology at Sciences Po Paris. She was previoulsy Reid Hall Fellow at Columbia University and Visiting Scholar at Oxford University. Her research focuses on the history, historiography and memory of the Holocaust in Southeastern Europe, as well as on war crime trials at the end of the Second World War (Bulgaria) and in the 1960s (West Germany).

Prof. Dr. hab. Constantin Iordachi is Professor of History at the Central European University, Vienna, co-editor of the peer-reviewed journal East Central Europe (2006–), and President of the International Association for Comparative Fascist Studies (ComFas). Member of the Academic Committee of the House of European History, Brussels.

Oana-Cosmina Mihalache is pursuing her PhD studies at the National University of Political Studies and Public Administration (SNSPA) in Bucharest. She was a Fulbright visiting scholar at Columbia University, School of International and Public Affairs (SIPA), where she was affiliated with the Saltzman Institute for the 2019-2020 academic year. Her research is focused on the republican thought from a security perspective in explaining sovereignty after instances of humanitarian intervention. She worked as an adviser at the Presidential Administration in Romania and she currently works at the Embassy of Romania to the US. Her work experience includes previous positions as a political advisor at the Chamber of Deputies of the Romanian Parliament, consultant for the World Bank in Romania, political journalist and communication executive.

She published many articles on sovereignty and humanitarian intervention – more recently an article on “Norms of protection in IR: humanitarian wars and the ironic creation of pre-Westphalian states” published in The International Journal of Human Rights.

Research event by the team of the project “When the Law is Silent: Hate Crime Prosecution and Implicit Bias in Law Enforcement Agencies”

This event will allow the research team to present the preliminary results of research and hear from a series of speakers from Romania, Bulgaria and Germany. The presentation will include a comparison of the legislative frameworks dedicated to fighting antisemitism in the three countries.