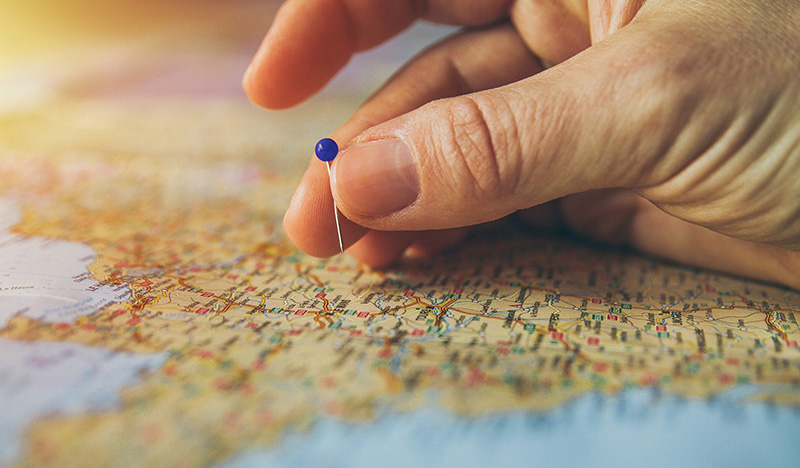 Eleven postdoctoral researchers have been selected to take part in the CIVICA Research Postdoctoral Mobility Scheme.

The programme offers postdoctoral researchers from across the alliance the opportunity to visit other CIVICA member institutions to advance their research.

The candidates submitted proposals that outlined the purpose and goals of their visit to another institution. A selection committee evaluated the applicants based on the scientific value of their project, as well as the relevance of the mobility to their ongoing postdoctoral research.

The selected postdoctoral researchers will spend between 1 and 3 months at the host institution. The visits will commence in February 2022, with the programme lasting until Spring 2023. The balanced mix of sending and receiving institutions will help build new collaborations at postdoctoral level within the CIVICA network.

I decided to apply as visiting researcher at the LSE to create research synergies while investigating the pattern behind gender differences in labor and educational decisions.

Indeed, in my research, I use quasi-experimental methods to understand the determinants of gender differences in educational performance and enrolment decisions. This topic is particularly important, given the implications of the early educational-career decisions on future occupation trajectories.

The Economics Department at LSE can be considered one of the best places producing research on the economics of gender. Professors Camille Landais, Nava Ashraf, and Oriana Bandiera among others are among the best economists studying the determinants of gender differences in economic outcomes.

I believe that this visiting opportunity would allow me to build connections and give me the tools to advance my research in these areas.

My research seeks to understand the role of processes of family formation, particularly childbearing, in the creation and perpetuation of inequality and social stratification. At the Dondena Centre, Bocconi University, I will be examining the ways in which fertility intentions and realisation in periods of high uncertainty are adapted according to disparities in education.

This is of particular relevance today given the further decline in births following the great recession and the current COVID-19 pandemic. While previous research shows a negative relationship between fertility and uncertainty, it is unclear how different groups experience and adapt to the economic and social changes generating such uncertainty.

By longitudinally identifying changes both in behaviour (e.g. birth of a child) and in intentions (e.g. revision of fertility intentions), we can disentangle which educational groups realise their intentions and which instead change their stated intentions to match their current fertility. Both are possible adaptation strategies but carry different consequences for educational stratification in childbearing.

I am a Max Weber Postdoctoral Fellow in the Department of History and Civilisation at the European University Institute (EUI) in Florence, Italy. Within the CIVICA Postdoctoral Mobility Scheme, I will carry out my postdoctoral research project, “A History of Love in Modern Turkey: Amorous Origins of the Self, 1878-1943” under the supervision of Professor Nadia Al-Bagdadi at Central European University (CEU).

The project explores how Turkish views of love changed during the modernisation process with the enormous impact of the scientific paradigm of Western medicine. During my stay at the host institution, I hope to collaborate with the diverse and distinguished faculty specialising in Ottoman/Middle Eastern Studies in the Department of History at CEU, and have the exclusive opportunity to co-author a comparative study of Turkish and Arabic perspectives of self and love with Professor Al-Bagdadi.

My research focuses on the history of slavery and capitalism in the nineteenth-century. Economic historians have long been interested in the relationship between monetary regimes and financial structures.

The Postdoctoral Mobility at the Centre for History at Sciences Po will be a golden opportunity to participate in seminars and I am certain that my research will benefit from the interdisciplinary environment that Sciences Po offers, especially in connection with the Department of Economics and the Law School.

During my stay at the LSE, I plan to work on the question of how perceptions of economic inequality influence trust in political institutions.

This is a subproject embedded in the perzepEU project, which investigates how cohesion is perceived within and across European societies and how it can be strengthened under conditions of high political and institutional heterogeneity.

The International Inequalities Institute is the ideal environment for undertaking this research, as it brings together scholars who study the emergence and consequences of economic inequality from a variety of perspectives.

Thanks to the CIVICA Research funding, I will conduct research on AI-driven justice systems and the principle of judicial independence in the EU at the European University Institute.

The scientific value of my project emerges in two respects: first, the project engages into a theoretical exploration of whether and to what extent AI-driven courts and robot-judges may be found to comply with the EU principle of judicial independence; second, the project develops a theory on judicial independence concerning AI-driven courts and robot-judges under EU law.

Hence, the project will advance knowledge on the intersection between fundamental rights, such as the right to an independent judge, and AI, while offering guidance to national and EU authorities on how AI-driven courts in the EU should be designed to comply with the EU principle of judicial independence.

As a world-leading institute carrying research on EU law, the European University Institute  promises to offer a stimulating and enriching environment to advance the proposed project. I am looking forward to cooperating with Professor Deirdre Curtin, who is Director of the Centre for Judicial Cooperation at the Robert Schuman Centre and an eminent expert in judicial systems and fundamental rights in EU law, and with the other EUI researchers working in the field of technology and judicial systems.

During my stay at the Hertie School Data Science Lab, I will work on gendered dynamics of  programming and collaborative computing. I hope to engage with the inclusive culture of technology communities in Berlin, understanding how alternative technical spaces can be open to all.

I am working on the policies deployed in the name of excellence in higher education and research. The rhetoric of excellence has taken hold in higher education and research, and with it comes a series of reforms aimed at changing the system of symbolic and financial credit allocation in favour of greater concentration of funds and their competitive allocation.

I am specifically looking at the implications of these policies regarding inequalities and the role of organisations. I am planning an international comparison due to the global aspect of these policies. Spending three months at LSE will give me the great opportunity to gather the initial data for the British case.

This research project will strongly benefit from the ability to have close links and discussions with the members of CARR.

I am a postdoctoral researcher at the SNSPA in Bucharest, Romania, writing a study titled "The European and the National Level in the Evolution of Social Democracy: Romania, Hungary, and Netherlands (2004-2019)." This study is projected as a comparative historical analysis, which focuses on a segment from the recent history of the main European center-left political ideology.

CEU is the ideal academic environment for getting guidance and support in the process of writing such a paper. I visited CEU in 2017, as an Erasmus scholar at ELTE in Budapest, and I had access to its library as an external member.

The institution’s expertise regarding the edification of open societies in Central and Eastern Europe and the role of the European Union in this process was helpful for me in 2017, and it will definitely be helpful in 2022 as well.

My research investigates gender differences and inequalities in migration. I focus on the link between how and when women migrate, and how much paid but also unpaid domestic and care work they take on, post-migration. I have been recently awarded an Understanding Society fellowship to develop research and a dataset on migrants' family and working lives. The time spent at Science Po Paris will be an opportunity to enhance the international relevance and comparability of the dataset and to further engage with the research on inequality and migration being carried out at the Sociological Observatory of Change.

My research scrutinises refugees’ (in)access to public health care provision in Eskişehir, Turkey, inadequacies of health policies, and emerging solutions to compensate those policy failures. Informed by an intensive ethnographic research conducted between August and September 2021 and February 2022 in the city of Eskişehir (one of the satellite cities of Turkey where Syrian, Afghan, Iraqi, and Iranian refugees are registered), the study is poised within the intersection of interdisciplinary critical migration scholarship and anthropology of policy.